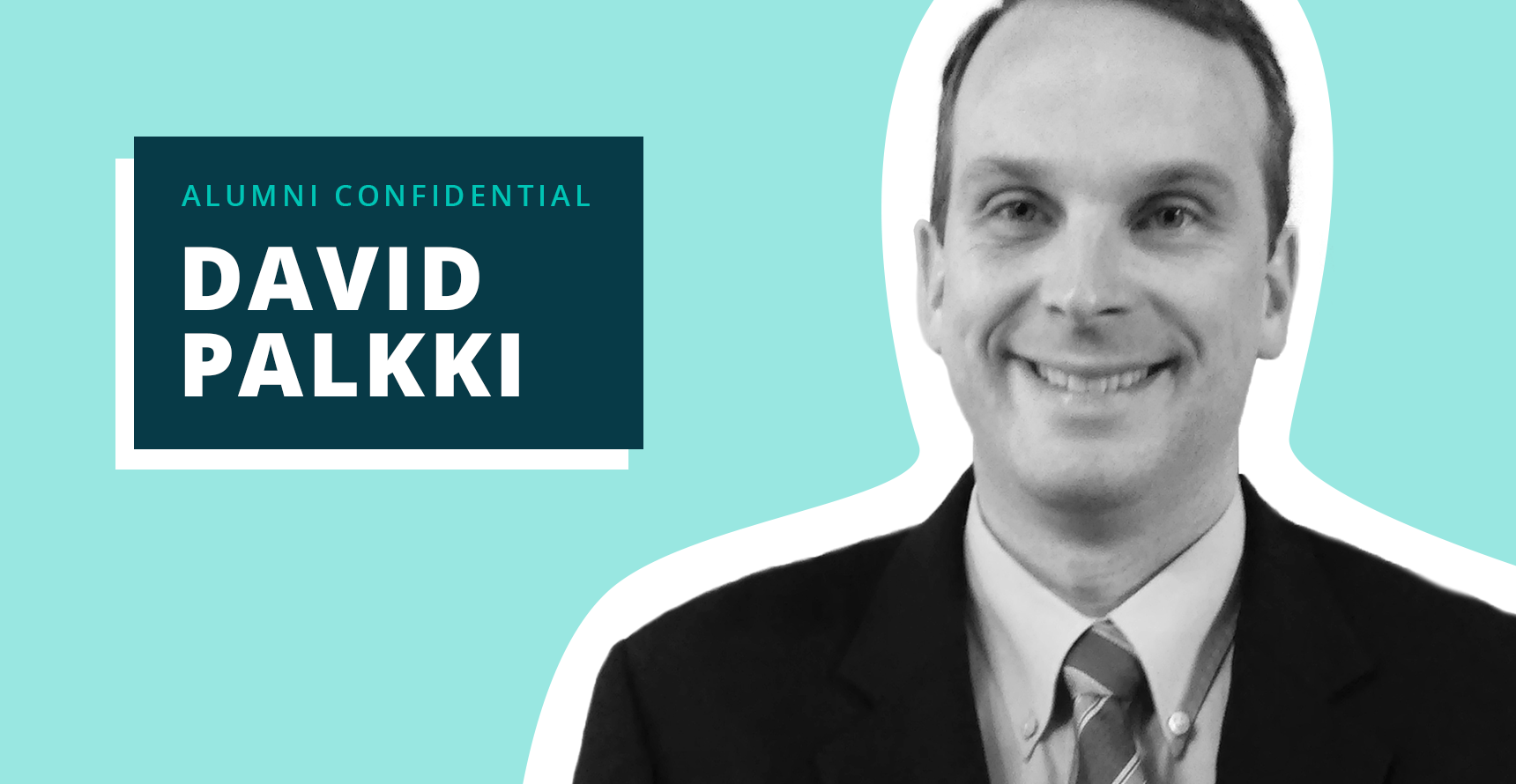 In our latest Alumni Confidential, David Palkki, an associate professor at the U.S. Air Force’s Air War College and IGCC alum (PPNT 2003) talks about how a trip to Germany altered the trajectory of his professional life, and how he moved from an interest in normative theory and ethics to a focus on positive theory. He also reflects on the advantages of working in professional military education, including the interdisciplinary environment and ability to influence student-practitioners who go on to positions of policy influence.

How did you become interested in political science and international relations?

I’m a member of the Church of Jesus Christ of Latter-day Saints. I went on my mission to Germany and ended up living there for two years. While I was there, I became fascinated with people’s stories about their experiences during World War II. You look at the old pictures from the war—we basically bombed out the whole city of Freiburg, Germany, the first city I lived in, except for the beautiful cathedral. All that beauty and destruction got me thinking about violence against civilians. There were also many refugees from Bosnia in Germany, so I thought a lot about their plight. It got me interested in issues of ethics and war.

I came back from my mission, went to Brigham Young University, and took a class on international relations taught by Valerie Hudson. That got me hooked. I actually thought I’d study ethics and war but I ended up going in a very different direction, from normative theory to positive theory.

Normative theory looks at questions of ethics, while positive theory is about testing things that are objective and verifiable. Social scientists are typically loathe to engage in the normative side of things, at least in my experience. Do you agree, and why is that the case?

I certainly think it’s the case that there are fewer rewards for social scientists to publish on ethics than something else. There’s no question about that. Good luck getting a normative piece on international affairs published in one of the major journals. It’ll happen occasionally, but it’s not very common. Most academic jobs want an almost formulaic approach. In political science, your book, if you have a book, should have an intro chapter, a theory chapter, a case study, a quantitative chapter, and a chapter where you turn the arguments into math and present your formal model. And then you have a concluding chapter. The sad thing is that the case study can be complete garbage, and often is, but no one cares. Political scientists care far too little about history, which they view as squishy and unsophisticated. For similar reasons, there are few rewards for writing about ethics.

You participated in IGCC’s Public Policy and Nuclear Threats bootcamp, which is one of our longstanding signature educational activities. What was that like and what role did it play in your early career?

It was fantastic. It forced me into an interdisciplinary environment. There were engineers and scientists; it shattered any kind of disciplinary boundary, which was so important.

You started graduate school at UCLA shortly after 9/11. Did the attack affect the trajectory of your career?

Between undergrad and grad school, I spent two years in Washington, D.C. working as a very lowly staffer on the House Ways and Means Trade Subcommittee. When 9/11 happened, I was on the phone discussing graduate school with a former professor when the call got cut off. We had to run out the back door, and you could see the smoke from the Pentagon. I started graduate school later that month. It certainly focused my attention on security issues, as did the invasion of Iraq a few years later.

You now work in the world of professional military education (PME). What is PME?

A lot of people are familiar with the military’s undergrad schools: West Point, the Air Force Academy, the Naval Academy. That’s called professional military education (PME). Then there are the more advanced schools for senior officers. I work mostly with lieutenant colonels and colonels—these are people who are fairly senior officers, and after they leave, many of them will advise generals. About 40 percent of my students are Air Force officers, and about 20 percent are foreign officers from allied countries. And then we have Naval officers, Army officers, Marines, and some civilians—usually people who work with DOD [Department of Defense], the State Department, the intelligence community, or USAID [U.S. Agency for International Development].

Did you plan to go into PME?

No, I absolutely assumed I’d work in a traditional civilian university or maybe a think tank. I came to PME unexpectedly. But there are a lot of beautiful things in the PME system that have kept me here.

What are some of the advantages of being in PME?

The interdisciplinary nature of the work here is something that I love. It’s a huge selling point for people who enjoy dabbling in other fields. My students are all practitioners, which is a boatload of fun. I teach an elective on nuclear weapons, and to sit in a room where half of the students have spent their entire career working on these issues is a ton of fun. There’s immediate policy input, and you’re helping to influence and shape people’s thinking who will then, some of them, have a seat at the table.

Do you feel separate from the civilian academy?

Yes and no. I’m a political scientist, but I’m in a strategy department and virtually everyone else in my department is a historian. That’s not a common dynamic in traditional academia. If I were in traditional academia, they’d also be much more concerned about traditional metrics of ranked journals and things like that. Being in an interdisciplinary department, as long as I’m publishing and people think it’s good stuff, especially if it’s policy-relevant, everyone’s happy. If I were at an R1 school, the incentive structure would be very different.

Do you find intellectual curiosity among your students or does it feel more like it’s serving a rigid curriculum?

With the students, you get a wide variety just like you do anywhere. Some are here to punch their ticket. Coming here satisfies a requirement for promotion. Others are very intellectually engaged, and voracious readers. It just depends on the individual. By and large, I’ve been really happy and pleased with my students.

It’s not uncommon to have students who come here from multiple tours of duty, away from their families, in Afghanistan or elsewhere. They often see this as the year to save their marriage and spend time with their kids, which is entirely understandable. As faculty, we get annoyed when at the beginning of each year, generals come and tell all the students: this is your year to recharge your batteries and spend time with your family. As professors, we feel they’re here to work. The truth is it needs to be both.

Your colleague, Larry Rubin, who is also an IGCC alum, mentioned that when you guys were in grad school, PME as a career option was thought of as a lesser kind of path. Yet, Larry says, these institutions epitomize the policy-academic bridge. Do you think that the link to policy influence is more direct in PME?

But yes, I think we’re able to influence people who in some cases have direct influence. I had a student who’d spent his whole career flying a B-1. He’d never done anything with nukes, but figured that sooner or later he might be asked to do something along nuclear lines. So, he took my elective on nuclear weapons and wrote a master’s thesis for me as well. And his next position was at Strategic Command, which oversees all kinds of responsibilities for nuclear weapons. That was exciting. I was able to teach someone and help him prepare to be a better analyst, advisor, and decision-maker. And I have opportunities like this every year.

I think if people understood better what happens in the PME system, then we would get a whole lot more applications.

The views expressed in this interview are of David Palkki and do not necessarily reflect those of the Air Force, the Department of Defense, or any other U.S. government entity.