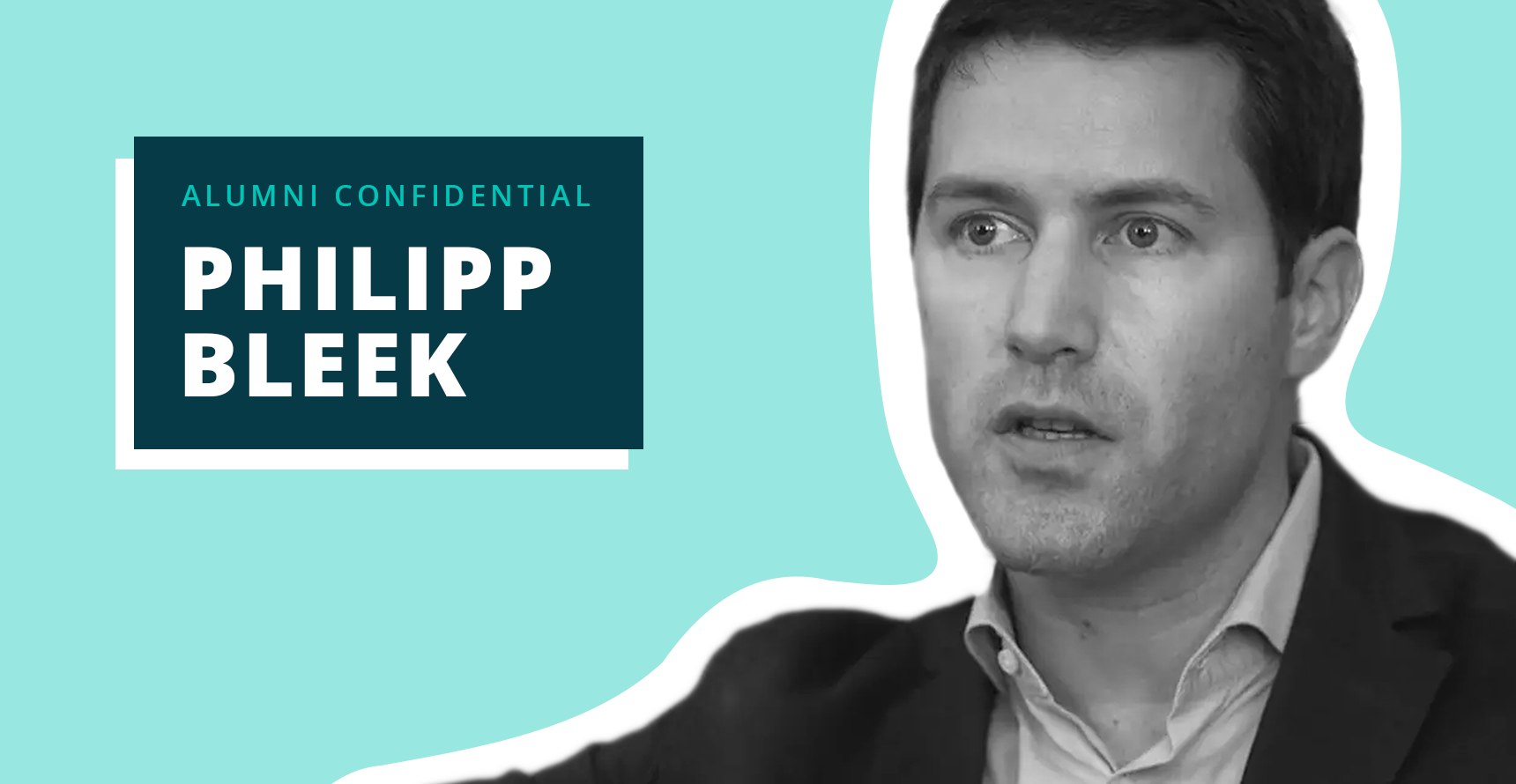 Philipp Bleek is an associate professor in Nonproliferation and Terrorism Studies, and coordinator of the Cyber Collaborative at the Middlebury Institute of International Studies. Philipp works on the causes, consequences, and amelioration of chemical, biological, radiological, and nuclear weapons threats. He served as a senior advisor to the Assistant Secretary of Defense for Nuclear, Chemical and Biological Defense Programs in 2012-13, and has advised political campaigns, and the U.S. government and non-governmental organizations.

Philipp participated in IGCC’s Public Policy and Nuclear Threats bootcamp in 2008. In this interview, he talks about his experience as a fellow with the Pentagon’s Syria Chemical Weapons Senior Integration Group—including a surprise role negotiating with the Russians in Rome; why he choose academia over a life in government; and about the time he got stranded in Istanbul with John Malkovich. This interview has been edited for length.

You’re an associate professor in the nonproliferation and terrorism studies program at the Middlebury Institute of International Studies in Monterey, California, and coordinator of the Cyber Collaborative. How’d you get here?

As an undergrad, I was interested in market incentives in environmental policy, but burned out on it by my senior year. I took a class on nuclear, chemical, and biological threats and got really excited about it. My professor nominated me for a Scoville fellowship, which took me to work in the think tank community in DC. From there it became path dependent.

I remember the first time I went to Washington DC. I flew in at night and saw the monuments lit up. I was in awe of the place. What was it like when you first touched down?

I love DC. It’s a very polarizing place—people either love it or hate it. I loved it. I loved that it was full of people like me who were policy wonks, really motivated to make a difference. That might sound a little cheesy, but I think it’s right. And there was an energy to the place. I loved mixing the social and professional—going to a think tank event and then chatting about it over drinks afterwards.

You work at the intersection of teaching, research, and policy engagement. Others dig the well squarely in one of those zones and not the others. What drove your decision to be in the muddled in-between?

I’m definitely in the muddled-in-between. I worked on the foreign policy team for then-Senator Obama—alongside several hundred colleagues—for his 2008 presidential campaign, and decided not to go into government with the first wave [after he was elected] because I wasn’t done with my PhD, and figured that if I didn’t finish, I might not come back to it. Then I applied for a couple academic jobs and got one I felt was a really good fit. So I thought I’d go live in California for a couple years. I’m a big outdoors person and life out here is pretty good.

Then I got a Council on Foreign Relations fellowship that lets young faculty members spend a year in government, the idea being that they bring that experience back to their teaching and research.

Right—you worked at the Pentagon from 2012 to 2013. It was your first real experience in government. Were you prepared for it?

The transition was challenging. When you first get a government job, you’re in this weird limbo where you kind of have nothing to do, and at least in my case, my role was somewhat undefined. And then all of a sudden the switch flips and you’re drowning in work.

You helped staff the Syria Chemical Weapons Senior Integration Group, which was a then-secret group that worked on understanding and preparing for ways in which chemical weapons might come into play in the Syrian conflict, right?

What was the situation at the time with Syria?

The Syrian civil war had started in 2011 and gradually escalated from protests to a full-blown civil war. From the beginning, the U.S government was concerned about the potential use of chemical weapons—either the Syrian regime using them against regional states, or losing control of them to non-state actors. I think we were least concerned that the regime would use them internally against their own people, but that is what ended up happening. We had a robust intelligence program that tracked, or tried to track as best we could, what Syria was doing in terms of their chemical weapons.

After the fellowship, you decided to go back to Middlebury. Why’s that?

Working in government was a phenomenal experience. But it also got the West Wing TV show fantasy of government service out of my system. I still miss the teamwork. But I didn’t love the culture of always being at your desk, the lack of flexibility, the long hours. I love my work, but I also love cooking. I like exercising. I decided that the work-life balance felt off.

We joke about the fact that we work on such terrible issues in such an extraordinarily idyllic setting.

Chemical weapons in the morning. Biking and swimming in the afternoon.

Pretty much. Though I prefer regular triathlons.

Tell me about your job.

I’m a professor in a security studies Masters program that focuses on two particularly important domains within security studies: so-called weapons of mass destruction and terrorism.

You’re currently working on a number of emerging technologies, including “proliferating swarms of drones.” I almost don’t want to ask.

Drone swarming technology—which is where drones coordinate their actions with each other—has a lot of potential implications, both for state and non-state actors. It’s easy to write the Tom Clancy novel version and tell some very melodramatic story about the horrific future of drone swarm threats. It’s great to be imaginative about the potentials, but then also to be thoughtful about the limitations—the ways in which defensive capabilities might keep up with it, or even leapfrog emerging, offensive challenges.

We’re seeing that tactic spread and we’re seeing it spread to places that might be surprising. The highest per capita rate of acid attacks for the most recent year for which we have data is in the UK.

India, Pakistan, and Bangladesh probably have higher per capita acid attack rates, they just under report. But the highest reported levels at this point are in the UK. And they’re not primarily from people coming from South Asia to the UK. It’s a form of violence that emerges when there’s a scarcity of other forms of violence, and we’re seeing it from criminals and from individuals who are personally motivated. It’s a tactic that has the potential to catch on in terrorism circles. It’s extremely accessible. It’s not a very good way to kill or even hurt a lot of people, but it’s a very good way to terrorize people.

You’re an alumni of one of IGCC’s most long standing programs—the Public Policy and Nuclear Threats bootcamp. Why did the bootcamp matter?

It was huge for building and deepening my professional network. I remember having coffee with one of the other participants, who is now a colleague and good friend. She sat me down and told me that her boss was following my professional trajectory and hoped I would work for him in some capacity someday. That planted a seed that ended up germinating later into the faculty position I have now.

Professional relationships are so important.

They are. And what PPNT enabled is what you might call deep, rather than superficial, networking. Networking has a bad reputation in DC. There’s this idea that you’re in a bar and some guy—and it’s usually a guy—is thrusting a business card in your face. But deeper networking where you form real relationships is very meaningful.

What is the best role institutions like IGCC play in terms of participating in the important work happening in government?

There is a real need for bridging the gap between researchers and policy people. IGCC and others try and sometimes succeed in doing that, but I think it’s also important to recognize the limitations. Not all academic research translates, or is necessarily helpful to policymakers, even if you can put it in a memo. But I also think that there are habits of intellectual rigor and ways of thinking systematically on the academic side that are helpful to policymakers.

We’ve been in various levels of pandemic lockdown for more than a year. When was your last work trip?

Just before the pandemic I was in Europe for a set of engagements and got stranded in Istanbul as the pandemic ramped up and couldn’t get a flight home to the United States. That was a bit stressful. But I did get to hang out with John Malkovich.

Say more about that.

He was there collaborating with a friend of mine to start a business that lets people rent out their musical instruments. He did some experimental theater that I got to watch. It was the last live performance I went to before the pandemic really hit.

“Stranded in Istanbul with John Malkovich.” If I had a nickel for every time I heard that.