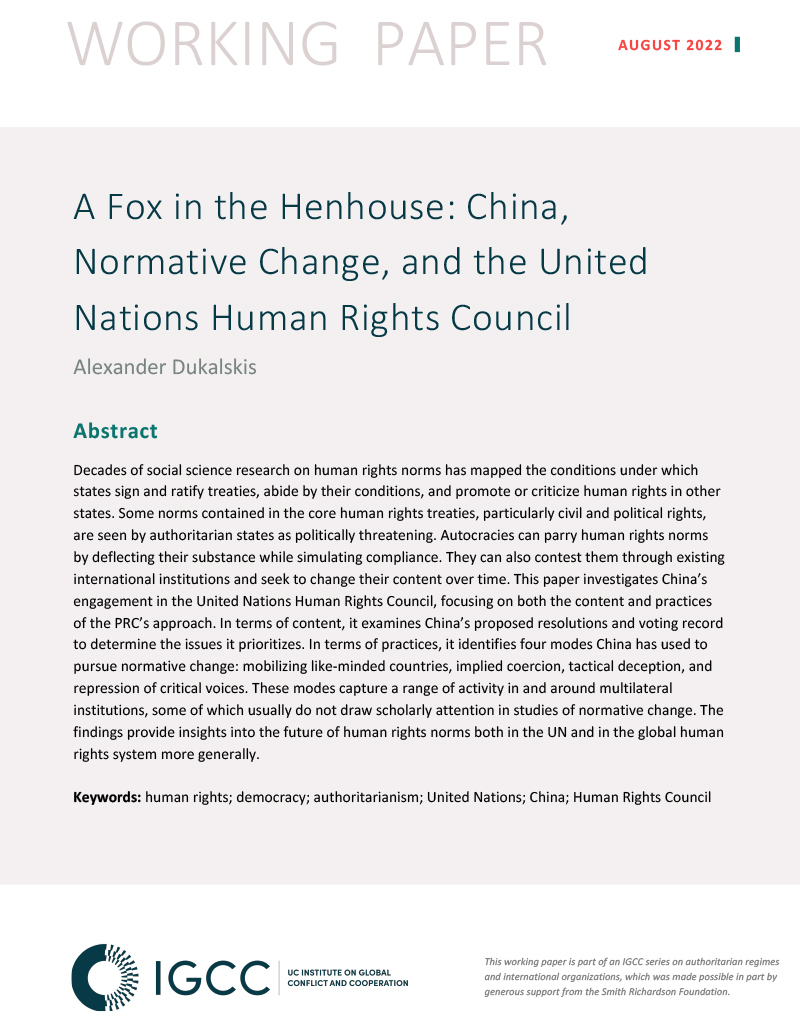 In this working paper, Alexander Dukalskis, an associate professor in the School of Politics and International Relations at University College Dublin, analyzes China’s efforts to change norms through its participation in the United Nations Human Rights Council.

Decades of social science research on human rights norms has mapped the conditions under which states sign and ratify treaties, abide by their conditions, and promote or criticize human rights in other states. Some norms contained in the core human rights treaties, particularly civil and political rights, are seen by authoritarian states as politically threatening. Autocracies can parry human rights norms by deflecting their substance while simulating compliance. They can also contest them through existing international institutions and seek to change their content over time. This paper investigates China’s engagement in the United Nations Human Rights Council, focusing on both the content and practices of the PRC’s approach. In terms of content, it examines China’s proposed resolutions and voting record to determine the issues it prioritizes. In terms of practices, it identifies four modes China has used to pursue normative change: mobilizing like-minded countries, implied coercion, tactical deception, and repression of critical voices. These modes capture a range of activity in and around multilateral institutions, some of which usually do not draw scholarly attention in studies of normative change. The findings provide insights into the future of human rights norms both in the UN and in the global human rights system more generally.