Contesting the Anti-Coup Norm: ASEAN Responds to the 2021 Myanmar Coup 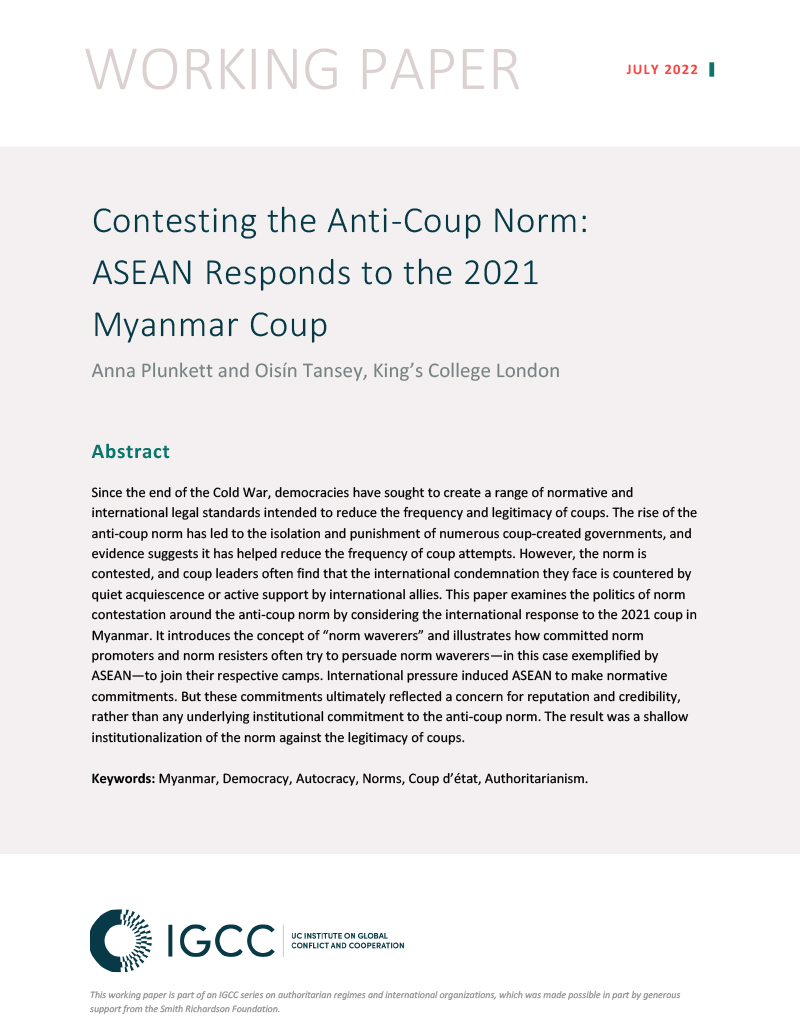 In this working paper, Anna Plunkett and Oisín Tansey examine the international response to the 2021 Myanmar coup.

Since the end of the Cold War, democracies have sought to create a range of normative and international legal standards intended to reduce the frequency and legitimacy of coups. The rise of the anti-coup norm has led to the isolation and punishment of numerous coup-created governments, and evidence suggests it has helped reduce the frequency of coup attempts. However, the norm is contested, and coup leaders often find that the international condemnation they face is countered by quiet acquiescence or active support by international allies. This paper examines the politics of norm contestation around the anti-coup norm by considering the international response to the 2021 coup in Myanmar. It introduces the concept of “norm waverers” and illustrates how committed norm promoters and norm resisters often try to persuade norm waverers—in this case exemplified by ASEAN—to join their respective camps. International pressure induced ASEAN to make normative commitments. But these commitments ultimately reflected a concern for reputation and credibility, rather than any underlying institutional commitment to the anti-coup norm. The result was a shallow institutionalization of the norm against the legitimacy of coups.