This week, North Korea fired a suspected submarine-launched ballistic missile into waters off the coast of Japan. The move comes amidst rising geopolitical tensions in the region. Here, Stephan Haggard, a research affiliate with the UC Institute on Global Conflict and Cooperation (IGCC), the Lawrence and Sallye Krause Professor of Korea-Pacific Studies, director of the Korea-Pacific Program, and distinguished professor of political science at the UC San Diego School of Global Policy and Strategy, answers six key questions about what the missile launch means. 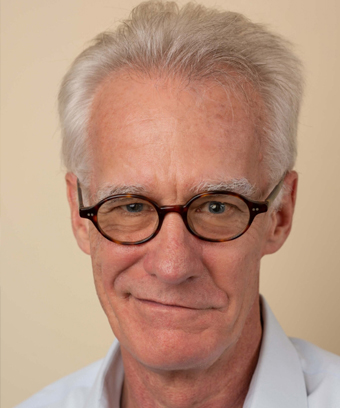 North Korea successfully launched a ballistic missile earlier this week. How has a poor, isolated country been able to develop a robust nuclear and ballistic weapons program?

North Korea initially borrowed and reverse-engineered technologies from abroad; it is possible that the recent missile that was tested has a lineage to Russian designs. But those days are largely past as the country has invested heavily in the program and mastered sanctions evasion to get needed inputs from abroad. The main point is not the particular test, which appears to have been a submarine-launched ballistic missile. Rather, the striking development is the commitment made at the Eighth Party Congress in January to a host of technological improvements, from cruise and hypersonic missiles to new conventional capabilities.

What is the significance of the launch for the US and its allies?

North Korea naturally worries about the survivability of its nuclear and missile forces: whether they can be taken out in a crisis or whether they will be able to retain a so-called second-strike capability. If the force is not survivable, then it doesn’t serve the purpose of deterring the US. Virtually all of the recent tests appear to have this objective in mind: launching from trains, employing fueling techniques that permit more rapid launch, and of course the SLBM launch.

Do the US and its allies need to be worried about an attack from North Korea? What would be the warning signs that we should worry?

The chance of either a nuclear “bolt from the blue” or large-scale conventional attack is slim. Despite cycles of provocation, deterrence on the peninsula has generally worked well since the armistice was signed in 1953, with the alliance playing a critical role. All of the worry centers on what might happen during a crisis, such as the “fire and fury” period in late 2017. Could we find ourselves in a situation amidst rising tensions where one or both sides felt they needed to escalate, or even launch? And of course if a wider war did come to the peninsula—even if an extremely unlikely event—would American and South Korean capability to fight it be affected by North Korean capabilities? These now include an increasing array of options, such as striking American bases in the region or even attacking Japan. Again, such scenarios appear unlikely but it is the job of military planners to worry about them.

How does the Kim family hold onto power? Would Kim Jong-un’s government ever be overturned?

A number of pundits have made the wager of predicting imminent collapse, but needless to say that bet has been a losing one. The sources of regime stability in the North are both ideational and rooted in coercion and violence. On the one hand, the regime has proven surprisingly successful in building a nationalist narrative of survival in the face of adversity; the propaganda machine is relentless. Yet the regime has also figured out how to mitigate risk through a variety of well-known political strategies,  such as paying off elites in the capital city, largely keeping the military happy and developing complex systems of surveillance and monitoring, not only in society as a whole but in the party and  army as well. Could an unexpected crisis—such as COVID-19—put the regime at risk? We cannot rule it out, but to date we see few visible signs of either major challenges from within the elite or from the mass public.

Another source of support is of course external. China shifted to a much tougher sanctions posture in 2016–7, signing on to UNSC resolutions. But since that time, sanctions evasion has gone up and China appears to have shifted course following the Xi-Kim summits of 2018–19. Quite obviously, China remains a major player on this issue and its intentions at the moment remain somewhat opaque.

Why does North Korea have such a fraught relationship with its neighbors, and the US specifically?

The sources of the tensions on the peninsula go all the way back to its division in the aftermath of the war in the Pacific and the American and Soviet occupations, each of which sought to influence developments in their zones to their liking. Needless to say given the coming of the Cold War, those visions were antithetical. The Korean War was a defining moment in the broader Cold War, leading directly to the US-ROK alliance. Kim Il-sung quickly outgrew Soviet tutelage, going his own way as early as the late 1950s and consistently shunning the reformist experiments in the Soviet Union. A key part of the North Korean national narrative has centered on its grit in standing up to Japanese and American imperialism, and to the “puppet” regime in the South. And of course as the country’s nuclear and missile capabilities have expanded under Kim Jong-un, a path toward reconciliation seems harder and harder to achieve.

How can the Biden administration ease tensions?

The Biden administration has said the right things and has very capable diplomats on this brief. The US is willing to talk to the North Koreans without preconditions, any time any place. But the Biden administration has been less than clear about what it is willing to offer to move those negotiations along. The current team has recognized that any diplomatic process will need to accept interim steps in which concessions are made on both sides; we will not jump directly into an Iran-style deal with all commitments made more or less at once. But what interim trades would the United States and South Korea accept? Would they trade some initial moves, for example in shutting down the Yongbyon nuclear complex, for partial sanctions relief? And as noted above, China’s voice on these questions will be important too, as diplomacy is likely to involve North-South initiatives, US-North Korea talks, and a possible return to wider talks that include China and even other actors around the peninsula.

This post was originally published in Political Violence at a Glance.