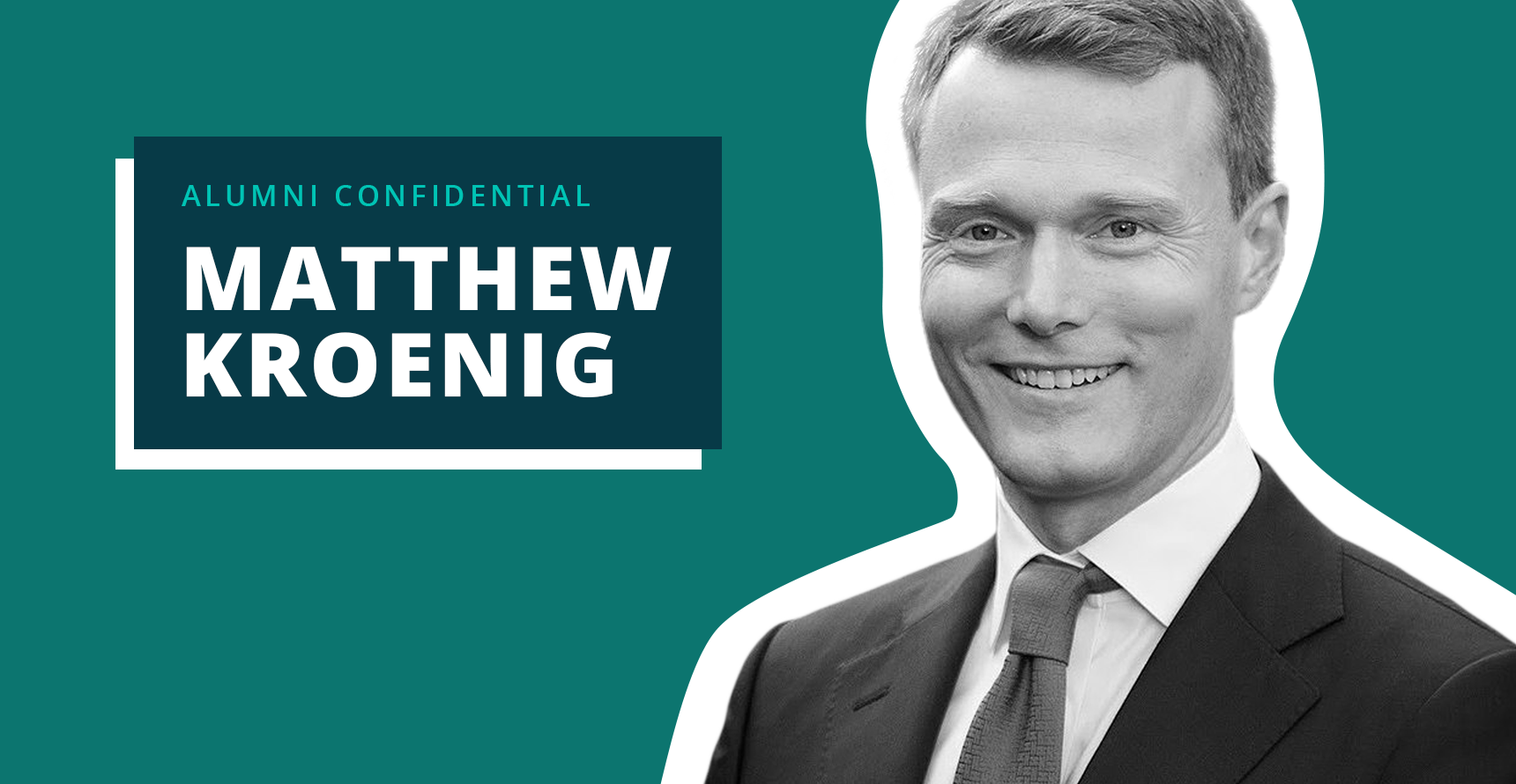 Matthew Kroenig is a professor in the Department of Government and the Edmund A. Walsh School of Foreign Service at Georgetown University in Washington DC and director of the Global Strategy Initiative at the Atlantic Council. He has served in several positions in the U.S. Department of Defense in the Bush, Obama, and Trump administrations, including in the Office of the Secretary of Defense and the CIA’s Strategic Assessments Group. He co-writes the “It’s Debatable” column at Foreign Policy, and his most recent book, The Return of Great Power Rivalry: Democracy versus Autocracy from the Ancient World to the US and China, was Amazon’s #1 new release in international relations.

Matt attended IGCC’s inaugural Public Policy and Nuclear Threats bootcamp in 2003, and was an IGCC dissertation fellow as a doctoral student at UC Berkeley. In this interview, Matt makes a case for modernizing and expanding the U.S. nuclear arsenal; talks about why he thinks democracies do better than autocracies in great power rivalries; and recalls how he once hoped to be the next Michael Jordan. The interview has been edited for length.

You’ve been teaching for 13 years. How is teaching different from when you started out?

When I started teaching in 2008, we thought our biggest problems were insurgencies in Iraq and Afghanistan. Today, we think our biggest problems could be war with China over Taiwan, or war with Russia over Ukraine. Great power competition and the deterioration of the security environment are the big new things. I remember lecturing students about World Wars I and II. To them, it was ancient history—something that could never happen today. Now it feels real to students.

What sparked your interest in political science and international affairs?

I was a very good high school basketball player, and a little bit delusional. I was convinced I was going to be the next Michael Jordan and was well into college until I realized that wasn’t going to happen. My junior year of college, I did a program called Semester at Sea. I went to Cuba, Brazil, South Africa, Kenya, India, Malaysia, Vietnam, Cambodia, China, and Japan within three months. It was an incredible experience and literally changed my life. I applied to a bunch of political science PhD programs, and was accepted at UC Berkeley. From there I got an offer at Georgetown University, just down the street from the State Department and Defense Department.

Nuclear weapons issues have been a major focus of your career. To what extent did participating in IGCC’s first-ever Public Policy and Nuclear Threats bootcamp matter for your career?

The PPNT fellowship was really transformational. I arrived at Berkeley interested in nuclear weapons issues in 2001. Many of my advisors were saying: nuclear weapons were a Cold War problem; today it’s all about globalization and the Internet. If you want to be relevant, you can’t do nuclear weapons.

Susan Shirk brought in some of the leading scholars and policy experts for PNNT. Through that program, I realized that nuclear weapons still mattered, and that this was a viable career path. Without that, there’s a pretty good chance I wouldn’t be working on nuclear issues today.

You’ve argued for a robust nuclear posture to modernize and increase the arsenal. Why do you think that’s important?

The nuclear arsenal does need to be modernized. There is a bipartisan consensus for that, which I think Biden will maintain. Nuclear weapons have an understandably negative connotation. But I think U.S. nuclear weapons are special. We use them, not just to defend ourselves, but to protect the entire free world. Ensuring peace and prosperity depends on the U.S. nuclear umbrella and our deterrence policies.

What have been some of your most gratifying roles as an academic-cum-policy advisor?

Government work is most gratifying when you want to change something about the world, and you actually see the policy change at the end of the day. That’s rare. But I’ve been lucky to have experienced that a couple of times.

The first was in 2005. I was still a PhD student and was doing an internship in the Strategy Office at the Pentagon. It was shortly after 9/11. My boss asked me to prepare a brief on deterring terrorism. At the time, U.S. government strategy documents said that terrorists can’t be deterred, so we’ve got to just track them down and kill them. I put together a briefing, based partly on what I learned from PPNT about deterrence theory, and married it with what I was reading about terrorism, and Secretary Rumsfeld really liked it. He took it to President Bush and all the subsequent U.S. strategy documents say that we’ll deter terrorists as well as try to defeat them.

And then I worked from 2017 to 2021 as a senior policy adviser in the nuclear and missile defense office. One of the challenges we face from Russia is their so-called escalate to de-escalate nuclear strategy. The idea is, if they get into a war with NATO, they would pop off a nuke or two to try to frighten everybody in the west to back down. They have a lot of low-yield nuclear weapons to make that threat credible, whereas we don’t really have any. So I began arguing that the United States needs to develop low-yield nuclear weapons in response. I was able to help make sure that that was in the 2018 U.S. Nuclear Posture Review. There’s a good chance that wouldn’t be part of U.S. nuclear strategy today if it hadn’t been for my work.

To what extent did your academic training prepare you for working in government?

The academic training helped in two ways. It gave me a rigorous and comprehensive way of thinking about problems. In Washington, a lot of people are kind of reactive: Here’s the problem; here’s what we’re gonna do about it. My academic training helped me take a step back and say, is this really the problem? What are all the possible options or answers to this problem? How do we weigh those against each other?

The second way is writing. Not all academics are great writers. But if you’re writing every day on a dissertation, you tend to be better and faster than the average government bureaucrat. It’s a helpful skill in Washington.

You recently wrote The Return of Great Power Rivalry: Democracy versus Autocracy from the Ancient World to the U.S. and China (Oxford University Press 2020). Great power competition is getting a lot of attention—what’s going on?

Russia and especially China pose threats to a broad range of U.S. and allied interests. They’re stealing our intellectual property, they’re cheating on the global trading system, they’re helping dictators. And there is a real military risk as well. It’s possible China could try to attack Taiwan or another country in Asia, and the United States would be in a major war with China. The stakes are high.

What we want to do is change the mind of China’s leaders. Maybe that’s impossible with President Xi. But it might be possible to convince the next generation that competing with the United States and its allies is too hard and Beijing is better off with a cooperative approach.

Your argument is that democracies tend to excel in great power rivalries. Why are you so confident in democracy?

In writing this book, I looked at seven autocratic versus democratic great power rivalries starting with the Greeks and the Persians 2,500 years ago. Democracies tend to do pretty well. Autocracies put up a challenge for a while, but like Hitler, Napoleon, and Xerxes, they tend to run out of steam. So I think we’re well positioned for this competition. But, as we’ve seen in some of these historical competitions, things got worse before they got better. And unfortunately that might be what we’re looking towards in the next several years.

Things can change pretty quickly in international affairs. How do you think things will change in the next 10 years? What will we not have seen coming?

Predicting the future is hard. But I think the biggest change coming is new technology—artificial intelligence, quantum computing, directed energy. Nuclear weapons were the last major military technology that fundamentally changed international politics. I wonder if there’s another one coming now. Which country is going to figure out how to combine robots and drones and artificial intelligence and lasers and space sensors, in a way that gives them a dominant advantage? I hope it’s the United States and our allies.