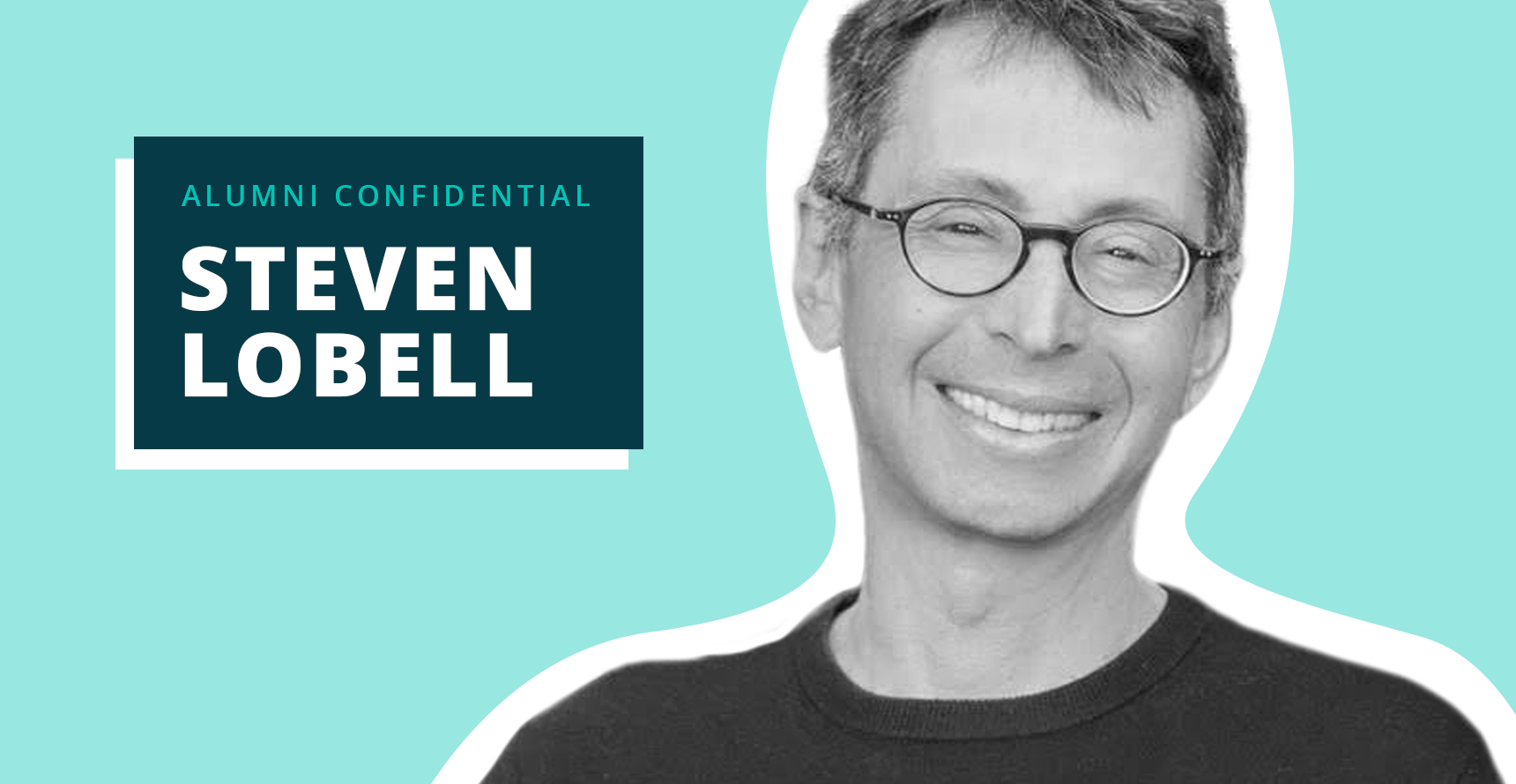 In our latest Alumni Confidential, IGCC dissertation fellow (1996-97) Steven Lobell, a professor of political science at the University of Utah and expert in U.S. grand strategy, international security, and great power competition talks about what the early years of academic life are (really) like, and why being an IGCC fellow helped him get a head start. He also shares emerging findings from his new research on why some near crises escalate into full-blown conflict—and why others don’t—and how escalation can be avoided.

You’re an expert on U.S. foreign policy, the rise and decline of great powers, international relations, and international security. How did you initially become interested in global issues of peace and conflict?

Some of my early interest in international affairs came out of seeing the Vietnam War on TV—seeing the end of that play out. It made me aware of the bigger world.

I was also pretty involved as a kid. I participated in the Democratic Farmer Labor Party in Minnesota and worked at Common Cause in high school on voting issues. I also lobbied against the Reagan administration’s proposal to sell AWACS surveillance planes to Saudi Arabia, and took a six-week trip to Israel. This was when Israel was withdrawing from the Sinai Peninsula and there were all sorts of fights going on within Israel about the withdrawal—whether they should or shouldn’t do it. It was also the month after Israel attacked Iraq’s nuclear reactor. I witnessed firsthand the effects of government decisions.

You started your career at the University of Northern Iowa (1997-2004). What were the early years in an academic career like?

Getting tenure is tough. I worked at a teaching university and was competing with people at research universities. It was a lot of working nights, weekends, and early mornings. But we didn’t have financial stress, which a lot of people have, and it was a small town—I had a two-minute commute; we had a nice network of friends; we had good public schools. We were lucky.

It was a heavy load, though. I showed up and I had no courses prepared. I thought I was prepared because I’d TA’d. I didn’t know the difference between TA-ing a course and teaching your own course. It was brutal. We were in a two-bedroom rental house, and then my son, my second child, was born. He slept in the dining room, and I prepared courses at the dining room table.

What took you to the University of Utah?

Oddly enough, I lived in Salt Lake City for the first two years of my life. I love the mountains. I love the West. And when this opportunity opened up, thankfully they hired me.

You are the PI on a Minerva Research Initiative grant, funded through the U.S. Department of Defense and the Office of Naval Research, that looks at why some near-crises escalate into full-blown crises and wars. This is a huge area. Give me a real-life example of why this research is important.

So on the evening of May 31, 2010, I was supposed to fly through Turkey, from Israel to the Persian Gulf. And on that day, there was the Gaza flotilla raid. Six civilian ships had come from Turkey and were trying to break through the naval blockade that Israel had around Gaza. That’s what we would call a near crisis. There was the perception of a threat to basic values and a short time to respond. But it didn’t tip into a full-blown crisis.

Take a different example: on July 12, 2006, when Hezbollah crossed into Israel and attacked an Israeli Border Patrol. Again, there was a near crisis: there was perception of a threat to basic values, and a finite time for the Olmert government to make a decision. In this case, Israel chose to escalate into a full-blown war. The question is: why? That’s what we are studying, what we call near crises, almost crises, and why some of them escalate, and some of them don’t.

The FAA studies near collisions. In the healthcare industry, they look at near medical misses, instances where somebody gets the wrong medication, but they don’t die. We’re looking at “almost” crises.

What “almost wars” are you studying?

What variables seem to matter most in terms of whether conflicts escalate or not?

We’ve identified five “baskets” of variables. Whether states are rising or declining is one, and whether that makes them more or less willing to escalate. We’re looking at countries that are almost peers with the U.S.—the Chinas and the Russias of the world; rogue states like North Korea and Iran; and violent non-state actors including Hezbollah and Hamas.

The second variable is regime entrenchment. This is about the stability of the regime, the leadership, and its institutional capacity. We find that sometimes when there’s lots of instability at home, leaders are aggressive overseas. They escalate a near crisis to distract attention from problems at home. The third variable is stateness: the domestic centrality of the state, and whether it’s able to resist domestic opposition (or not). The fourth variable is the capabilities of violent non-state actors. And the fifth is the risk propensity of leaders.

What are some of the key emerging lessons?

Unfortunately, most of our work so far has been on cases where near crises did escalate. Again, the case in 2006 of the Second Lebanon War is illuminating. There was pressure to make a quick decision, concern that Israel’s deterrent capability would be challenged if they backed down, a leader who lacked both military command experience and public support and was in the shadow of the previous prime minister, and a sense that Israel’s capability was in decline. All of these things played a role in Israel escalating—and some of these can be better managed next time to avoid a full-blown conflict.

When I was working on my dissertation at UCLA, structural arguments were everything. It was all about the distribution of power and explaining why broad recurring patterns happened over time, such as alliances or wars. But nobody could explain why a specific war or a specific alliance happened.

Neoclassical realism brings in what we call intervening variables—the role of domestic politics and the role of leader’s beliefs, for example—to help explain why states do specific things at specific times. So, it’s a theory of foreign policy, but it’s also a theory of grand strategy and international outcomes.

Those intervening variables strike me as really important for making the research practical for policymakers.

Aggregate power doesn’t tell us anything. Domains of power do. So, when the U.S. looks at China, the questions our leaders ask are: what elements of power are rising? How quickly? Can they easily convert latent power to an element that poses a threat? We still agree that structure matters. The fact that China is a powerful country matters. But the way China rises could be very different from the way the U.S. rose. They rise differently because of those intervening variables.

How has the academic-research business changed since you were starting out?

When I started graduate school and in my early career, there was a huge divide between the academic world and the policy world. I knew academics who did policy work, and they were looked down upon by other academics. They weren’t taken seriously. Okay, that doesn’t happen as much anymore, right? You can do serious policy work and be seen as a serious academic.

The field has also moved toward explaining foreign policy, and grand strategic and adjustment questions. And Minerva is part of this movement. Our work on neoclassical realism also helped moved the field away from just pure structural explanations.

You were a dissertation fellow with IGCC when you were a doctoral candidate at UCLA. What was that experience like and why did it matter?

Obviously it funded me to finish my dissertation, but it also gave me the time to develop a research agenda. When I moved to the University of Northern Iowa, I was far enough along that I was able to generate the articles and a book to get tenure early. I didn’t get there with a half-baked project; my project was cooked and ready to be published. People who come out and don’t have that are in a spot where they’re preparing new courses, moving to a new city, and doing some major heavy lifting, which I had already done as a graduate student. That was really important.

I also met a lot of UC faculty up and down the coast who influenced my research. I remember sitting next to Peter Gourevitch at an IGCC lunch, and him asking me, “What are you working on?” I told him, and he said, you should include “Second Image Reversed,” an article he wrote about the effect of the international system on domestic coalitions. And all the sudden the light bulb went on. I ended up incorporating it into my work. So, because of an IGCC luncheon, I had a conversation that changed the direction of my research.