Anxious America: Populist Nationalism, the “End” of Arms Control, and Security Priorities for the Next U.S. Administration

Neil Narang, an expert in international relations, international security, and conflict management, and associate professor in the Department of Political Science at UC Santa Barbara, joined IGCC this fall as Research Director. In this conversation with IGCC Managing Editor Lindsay Morgan he discusses issues critical for the next U.S. administration, including the ride of populist nationalism and the so-called end of arms control. 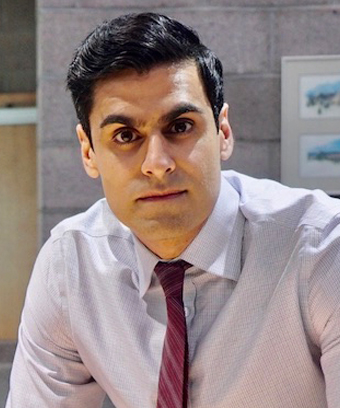 You co-wrote What is Populist Nationalism and Why Does it Matter?, which was published in the Journal of Politics last year. What is populist nationalism, why does it matter, and is the Trump administration different from preceding administrations in this regard?

Populist nationalism is a squishy term—it means different things to different people. But generally, all definitions of populism share a fundamental suspicion and hostility towards elites, mainstream politics, and established institutions. In one manifestation of this, Trump wrote in a Wall Street Journal piece in April 2016, that: “The only antidote to decades of ruinous rule by a small handful of elites is bold infusion of popular will. On every major issue affecting this country, the people are right and the governing elite are wrong.” Populism sees itself as speaking for the forgotten, ordinary person and often imagines itself as the voice of genuine patriotism.

Historically populism has come in both left- and right-wing variances, but interestingly, right-wing populist parties are experiencing a new and striking rise today in countries across Europe and in the U.S.

Why does it matter? These attitudes tend to lead to the abandonment of mainstream parties in support of emerging parties, often at fringes, and to policies that often depart from the mainstream. On this point, Fareed Zakaria recounts in a recent Foreign Affairs article that political scientist Justin Guest adapted the basic platform of the far-right British National Party and asked Americans whether they supported a party dedicated to “stopping mass immigration, providing American jobs to only American workers, preserving American Christian heritage, and stopping the threat of Islam, etc.” Sixty-five percent of those polled said they would support this platform. In this way, President Trump and Trumpism are the consequences, and not the cause, of changing political attitudes that may long-outlast a single administration.

Is there anything about the Trump administration that has surprised you that doesn’t follow what you would anticipate?

I am not surprised about the direction of most of the Trump administration’s policies. However, I am often surprised by the magnitude of the consequences that followed from some of the policies. For example, I am not surprised by the Trump Administration’s attempt to weaken trust in many social and political institutions, but I am surprised at how effective it has been in some cases. In particular, the loss of trust in the free press as an institution was far more pronounced than I anticipated, and I don’t know how long it will take to repair. The absoluteness with which it has occurred I find shocking.

It’s a really important question. I don’t think we’re at the end of arms control. I’m more optimistic than most people on this. I think we are entering an important new phase of arms control, and because the decisions we make moving forward will be highly consequential, there’s the latent danger of making mistakes. But I wouldn’t say that the future of arms control will necessarily leave us in a more dangerous place.

The common narrative of arms control during the Cold War was: because nuclear weapons are so destructive, states—even hostile states—cooperated to reduce the number of arms because there was no way to win a nuclear war. Arms control stopped the arms race between the U.S. and Soviet Union, and thus, in some ways, it stopped the Cold War.

There are a lot of important correctives to this narrative. Arms control was seen as a competitive space as much as a cooperative one. For example, the U.S. sought to reach an arms control agreement that kept the total number of nuclear weapons constant with the Soviet Union, but we did this quite deceptively, because we made really significant qualitative improvements to the yield of our weapons such that we believed it would give us an advantage. Arms control thus served as this way to entrap the Soviet Union by forcing them to compete on the U.S. playing field.

Competitive arms control has huge implications for emerging technology like cyber, artificial intelligence, drones, which will all present new challenges to strategic stability. Today, we’re only at the beginning of the difficult process to determine how we might govern the use of new and emerging technologies to everyone’s benefit. However, I take some reassurance in knowing that arms control has always been challenging, and as long as there is a mutually beneficial cooperative agreement that can be reached—even if only incremental—skilled negotiators may find it. There are probably lots of deals to govern the use of new and emerging technologies (whether they be related to nuclear weapons or not) that will leave all parties better off, at the same time that I expect actors to bargain very extra hard to secure the exact deal that most benefits them.

What’s the most important thing the next administration can do to enhance global security?

If the question is about the most important thing to enhance U.S. national security, some common answers among experts today include not losing the technological edge to rising powers like China, to limit vulnerabilities to information war and cyber-attack, and to limit the proliferation of nuclear weapons. These would certainly be good places to start, but I might add another: doing the hard work of solving the important domestic problems that deeply divide the country.

If the question is more about global security, some common answers among experts today include solving global climate change, solving control problems related to artificial intelligence, and mitigating risks from new biotechnology and global pandemics. As an international relations scholar, I would add another: reversing the rising sentiment of anti-globalism world-wide. The big global problems of the future will require international cooperation to produce big global solutions, but globalism and globalization appear to be under attack and backsliding. Reversing this trend will not be easy, since globalization always creates winners and losers at both the international and domestic level, so simply adopting new policies that increase globalization may not be a sustainable solution over time. The next administration will need to articulate a compelling case for globalization in principle, and, practically, it will need to construct a new grand bargain to allocate the gains from globalization in a way that makes it sustainable.