On May 25, 2022, the University of California Institute on Global Conflict and Cooperation (IGCC) co-hosted the culminating workshop of the inaugural Postdoctoral Fellowship in Technology and Security. The pioneering program is jointly supported by a collaboration between IGCC and the Center for Global Security Research (CGSR) at the Lawrence Livermore National Laboratory (LLNL) and the National Security and International Studies Office at the Los Alamos National Laboratory (LANL), and aims to stimulate and support research that generates new theoretical and empirical insights into the relationship between technology and national and global security.

“Technology has always played a central role in international security, shaping the ways states fight during wartime and compete during peacetime. Today, new and emerging technologies have contributed to a widespread sense that the world is again on the precipice of a new technological era,” said program director Neil Narang, Research Director for U.S. and Global Security Initiatives at the UC Institute on Global Conflict and Cooperation (IGCC) and Associate Professor at UC Santa Barbara.

“The University of California and the UC-managed National Laboratories have long been leaders in this area, dating back to pioneering contributions to the Manhattan Project and continuing today,” says Narang. “The Fellowship program is a natural extension of this comparative strength, and the research presented by the fellows demonstrates how cross-campus and cross-Laboratory coordination can be leveraged to the benefit of the nation.”

“These are the kinds of questions that are in the minds of senior policymakers and military leaders in Washington and allied capitals,” says Mike Albertson, who is CGSR’s deputy director and a member of IGCC’s steering committee. “Everyone is looking for new research and fresh perspectives on these complex security challenges.”

The day began with Edward Jenner, a former Stanton Nuclear Security Fellow with a Ph.D. in chemical engineering from the University of California, Irvine. Jenner presented findings from his research on the potential for floating, small modular nuclear power plants as a future energy source through the paradigm of safety, security, and safeguards. The use of nuclear energy is likely to grow in the coming decades, in part to combat climate change. Part of this increased deployment will be in advanced reactors, which allow significant parts of the energy grid to be decarbonized. Advanced reactors will also put nuclear material in many more locations and will use higher enrichment fuel, both of which are nuclear security concerns. 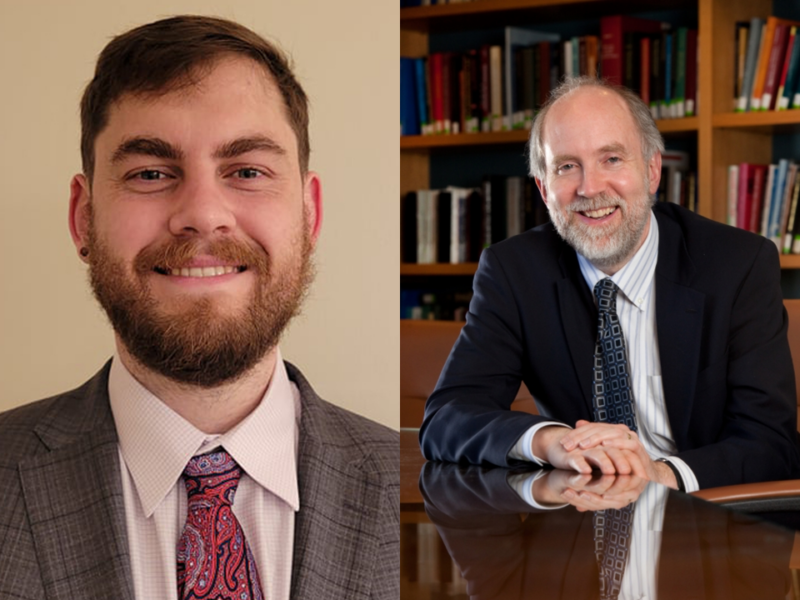 Jenner’s discussant was Dr. Matthew Bunn, a Professor at Harvard University, who applauded the importance of the project, while also encouraging Jenner to dig deeper into the geopolitical issues that a small nuclear reactors program might raise. The conference attendees also raised questions about how floating, small modular nuclear power plants might interact with the domestic politics of nuclear energy, as offshore placement of reactors might reduce opposition to nuclear energy. Other attendees encouraged Jenner to expand the project to discuss how competition between the United States and China and Russia might be affected by small nuclear energy plants.

Noel Foster, an expert in information operations and Russian strategic thought, presented his research on polarization and how it is generated and stoked by both misinformation and factual information skewed to one point of view. Foster, who received his Ph.D. from Princeton University, focused on Russian and Chinese media, and how the polarization aids revisionist states by freezing political decision-making. Foster’s discussant was Joshua Tucker, a Professor of Politics, affiliated Professor of Russian and Slavic Studies, and affiliated Professor of Data Science at New York University, who suggested that Foster address the question of why a revisionist state such as China would want to spread polarizing news about Russia, and what kinds of costs China may incur from doing so. 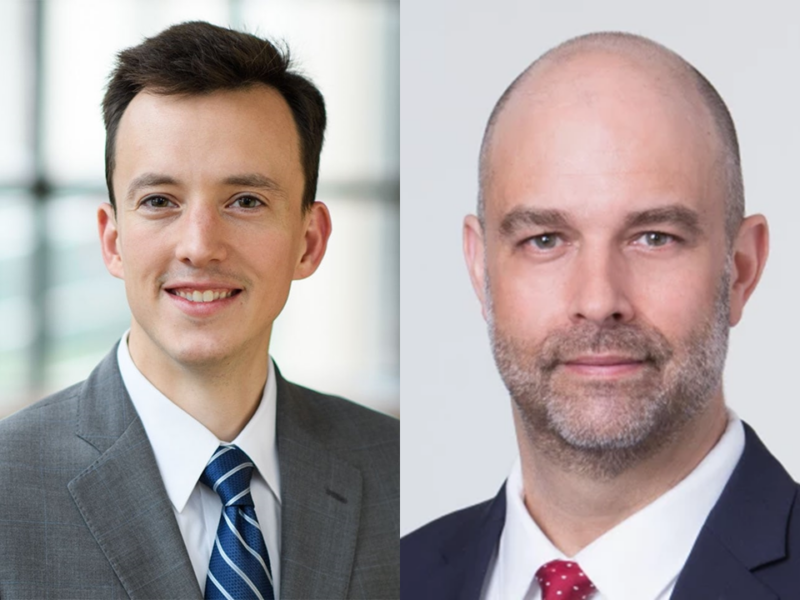 Shira Eini Pindyck’s presentation focused on why some innovations are harder than others to integrate and utilize. She argues that military organizations that invest in gender policy reforms are more likely to have the organizational flexibility required to effectively integrate disruptive innovations. The presentation centered around the experiences of Israel Defense Force drone operators in services with varying degrees of gender inclusion. With militaries moving away from combat operations towards new skillsets—such as in cyber operations—Shira suggested that militaries need to rethink how service members are recruited, trained, and promoted to support novel technological and tactical changes. 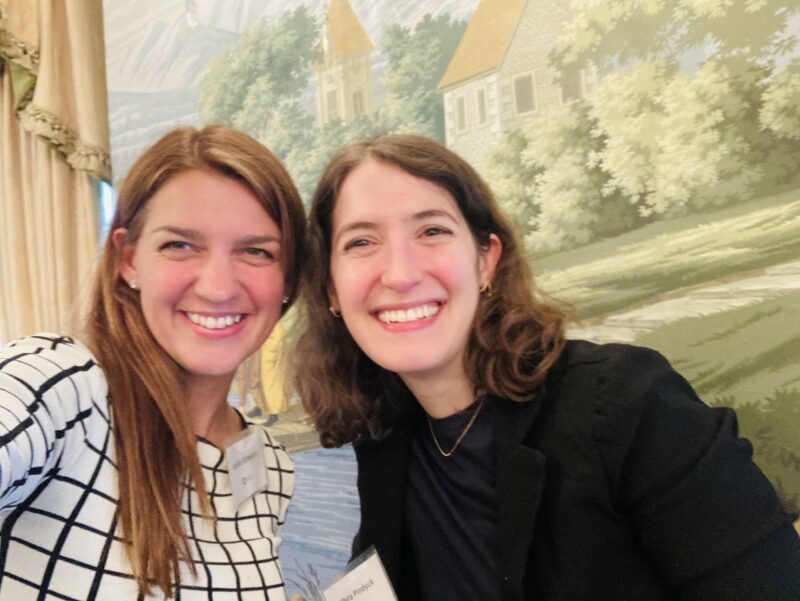 Eini Pindyck’s discussant was Jacqueline Schneider, Hoover Fellow at Stanford University’s Hoover Institution, who encouraged Pindyck to narrow the scope of her dependent variable and focus on adoption and utilization, rather than effectiveness more broadly. Schneider, who served in the military herself for nearly a decade, also emphasized the importance of Pindyck’s project for policy. The presentation spurred discussion about how the adoption of unmanned weapons can encourage gender inclusivity—since they require less physical strength to operate—and how false stereotypes surrounding femininity and masculinity could be holding militaries back from effectively utilizing vital innovations.

The next presentation was by Do Young Lee, who, in addition to being an IGCC postdoctoral fellow, is a visiting scholar at Seoul National University, and presented on nuclear proliferation and deterrence. Lee argues that two variables determine a nuclear patron’s extended deterrence strategy towards a client state: the type of external threat and the likelihood of an enemy’s quick victory over a client. He demonstrated that as North Korea’s quick victory over South Korea was assessed to be unlikely, the U.S. shifted its extended deterrence strategy in South Korea from a “forward nuclear deployment” strategy to a “nuclear defense pact” strategy in 1991. The strategy shift led to the withdrawal of U.S. non-strategic nuclear weapons from South Korea and the relocation of American conventional troops to the rear area on the South Korean soil—south of Seoul. Finally, he offered a policy implication that the reintroduction of nuclear weapons to South Korea would be counterproductive. 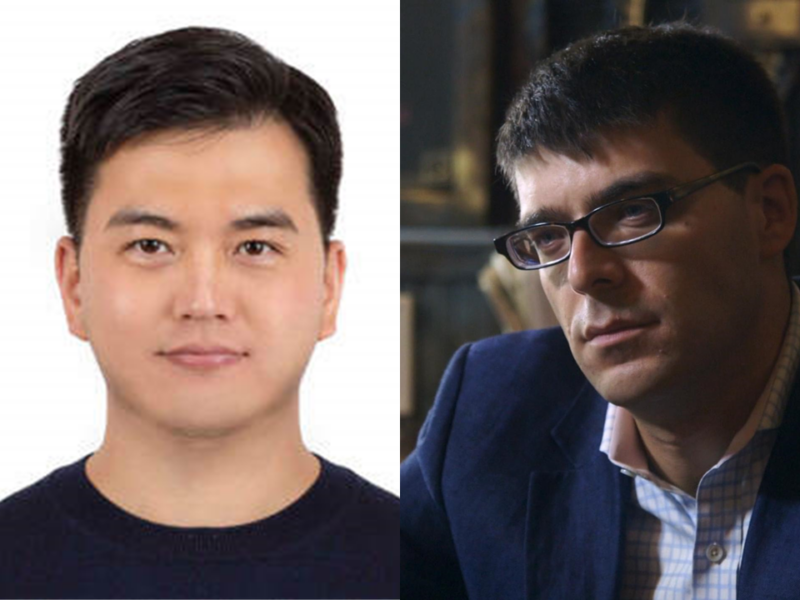 Do Young Lee and James Acton

Lee’s discussant was James Acton, the Jessica T. Mathews Chair and co-director of the Nuclear Policy Program at the Carnegie Endowment for International Peace. Acton challenged Lee to apply his theory not only to the Cold War, but to the modern world.

The last presentation was by Ellen Park, who discussed her theory on what factors make a leader more likely to seek to possess nuclear weapons. Park argues that risk-taking behavior and nuclear pursuit go hand in hand, so a leader’s education level, economic background, international experience, and military/rebel experience must be taken into account in determining how likely—or not—they are to seek nuclear power. Specifically, Park says that experiencing poverty in childhood, a lack of international experience, and a background in the military all make it more likely that a leader will seek nuclear weapons. 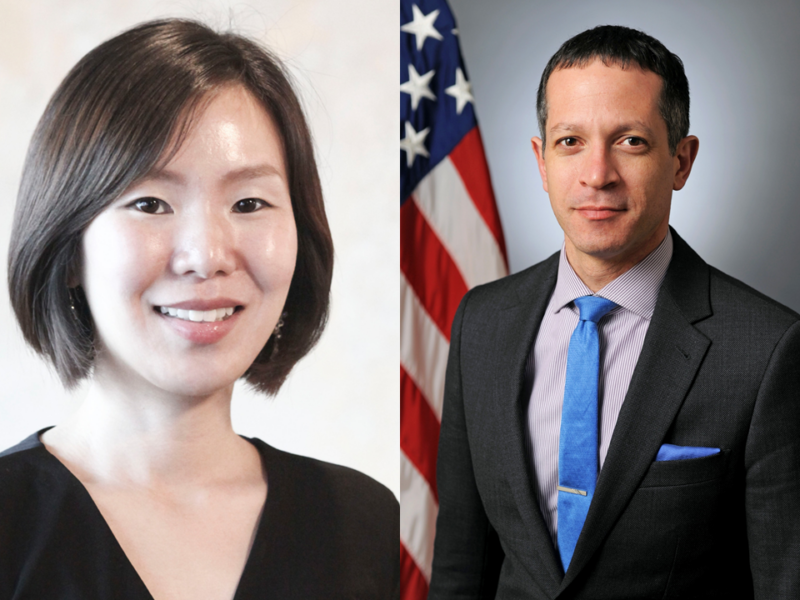 Park’s discussant was Dr. Michael Horowitz, Director of the Emerging Capabilities Policy Office in the Office of the Under Secretary of Defense for Policy and Director of Perry World House and Richard Perry Professor at the University of Pennsylvania. Drawing on his own work on the topic, Horowitz encouraged Park to think more about the collinearity of many of the traits in the analyses: for example, people from a low-income background are less likely to have international experience or receive higher education. Horowitz also suggested more theorizing about variables like rebel experience and military experiences, suggesting that people with rebel experience are probably more risk-taking than people joining an established military. Conference attendees then discussed the many different data sources relevant to Park’s research topic—from economics, psychology, and political science. The interdisciplinary nature of her research lends itself well to further research. 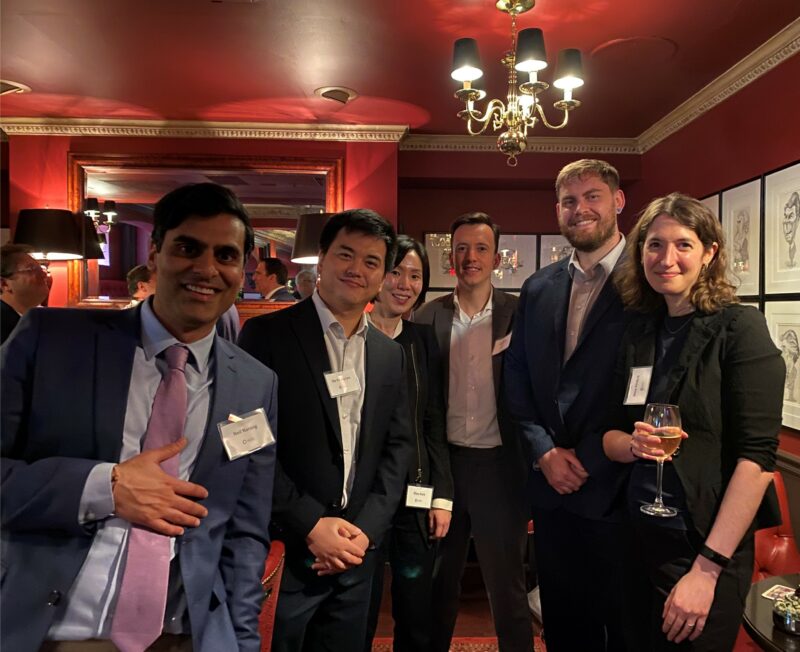 Says Narang: “The conference—like the fellowship year—was a tremendous success. Key to this success was the excellent research of the Fellows, but also the careful and detailed comments by a preeminent group of discussants specifically requested by the Fellows, who collectively provided the most careful and helpful comments I have ever seen. We’re excited to continue this format into the future as the Postdoctoral Fellowship in Technology and Security continues. We’re grateful to the Los Alamos National Laboratory, the Center for Global Security Research at the Livermore National Laboratory, and the University of California Office of the President (UCOP) for all of their support. In particular, this program would not be possible without the vision and hard work of Dr. Brad Roberts and Michael Albertson at LLNL, Dr. John Scott and William Toby at LANL, and June Yu at UCOP.”

The 2022-23 cohort of Postdoctoral Fellows in Technology and Security will be based in Washington, DC.