Navigating Changing Oceans, Human Health and Poaching in the Caribbean

In this interview, Kyrstin Mallon Andrews, a fifth year Ph.D. candidate at the University of California, Irvine and a 2019/2020 IGCC Dissertation Fellow, talks about re-conceiving the notion of equitable environment policies, what it’s like to spend hours diving in the Caribbean. This interview has been edited for length. 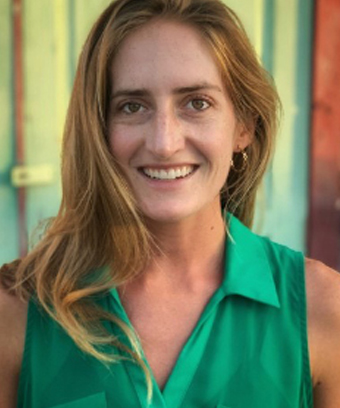 Your research analyzes the experiences and decision-making process of coastal communities—fishermen, divers—in the Dominican Republic as they grapple with the effects of climate change. What drew you to that particular community and landscape?

I’m interested in equitable environmental policies. I work with a fishing community in the northwestern Dominican Republic with people who have expert, intricate knowledge of the underwater world, and what is going on in terms of changes to water temperature and marine life. Conservation programs and environmental initiatives say that these communities are the problem because of overfishing. Changing water temperatures means that nearby shores and reefs are quickly depleted, so fishermen take boats into international waters and across borders and fish illegally, in order to make the same amount of money that they used to make closer to the shore.

I wanted to figure out how these people who are underwater on a daily basis and seeing these changes first-hand, and sometimes embodying these changes, navigate state, regional, and NGO policy restrictions of the environment in which they work.

Why did you decide to study this topic through the lens of anthropology?

I’m fascinated by stories and anthropology allows me to think about people as individuals—as people who have life histories and feelings. And it allows me to live in the experience, to share that experience with them. For me, that’s a really important part of my own learning and understanding.

Talk to me about the fisherman you work with—who are they?

There are two kinds of fishermen: there are free diver fishermen and there are compressor divers. The free diver fishermen are an old-school group who are on the frontlines of changing climates because they can’t physically reach the depths where the fish are increasingly going. They are entirely men, between the ages of 16 and 50, almost none of whom have finished high school. They’re all semi-literate. They’re all fascinated by water. Sometimes I think that fishing is more of an addiction than anything else, which I completely understand because if you spend time surfing or diving, it has a pull on you.

How do you actually carry out your research?

Anthropologists do a lot of interviews. We do a little bit of archival research, but our bread and butter is the participant observation. I’m studying diver fishermen, so that means I go diving with them. 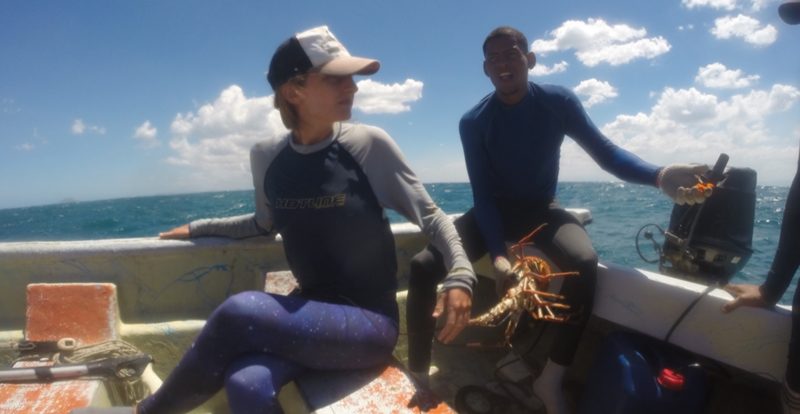 Figure 1 Kyrstin Mallon Andrews on a fishing boat off the coast of the Dominican Republic.

Being a young woman in a community of all men divers must be tricky.

I’m a surfer. When I came into this community, I knew how to talk water, in a way that was different from the biologists, who tend to think about water in technical terms. For me and the fishermen, it’s all about what your body can do in water.

How long do you go out diving for?

Five or six hours at a time, sometimes more. When you have your head underwater for hours, your perspective on everything changes.

How does your perspective change when you’re underwater for that long?

You learn to see in new ways. When you first get into the water in the Caribbean, you expect to see all of these beautiful, colorful corals. But after 5-10 feet, color disappears. When you’re looking at reefs 20 feet below, you’re really just seeing green-gray, and you don’t see any fish at the beginning. I would watch my interlocutors spear a fish that I had not even seen until it was on the end of their spear.

You’ve been working in this community in the Dominican Republic since 2015—what are you learning?

We often disregard people we see as risk takers. When things go wrong, we think it’s their fault because they’ve taken these risks and we think they ought to know what the consequences are. But we have to contextualize how we think about risk. When you’re dealing with people who are heads of families, they’re the breadwinners for anywhere from 2 to 6 kids, and there are no other options for work, and they’re dealing with environments that don’t allow them to work in safe spaces, the stakes are very different.

IGCC’s research covers development, conflict, security and cooperation—where does your work fit in that space?

In ocean environments effected by changing global temperatures, we’re seeing conflicts both at the level of people who are used to accessing ocean spaces and are no longer able to because of environmental regulations, and also in a broader sense—conflicts over marine resources in territorial waters of other countries.

What are some of the pitfalls of doing this kind of research?

It’s important to reflect on the power structures that bring us as researchers to these places. I also used to get frustrated because I couldn’t convince fishermen who had gotten the bends to go to the hospital, even after I gave the hospital first aid training in how to deal with decompression accidents. It made me reflect on the fact that I cannot force people, as much as I may care about them, to do what I suggest. I’ve learned that knowing something is not as much power as we might think it is. That’s been one of the hardest parts about doing this research.

What made you decide to pursue the life of an academic?

Writing is, for me, the best form to communicate really complicated ideas, and at the level of tenure track professor and researcher, you’re able to do that for a living.

I wasn’t interested in going into non-profit or NGO work because, when I first visited the Dominican Republic, I saw the hierarchies and structures of power that were inhibiting their work. I wanted to spend time talking with people who were not normally talked to. That was the other reason I decided to go into the academic field.

Besides a tenure track gig at a great university, what do you hope to accomplish over the next few years?

I’ve been working on storytelling through film. I originally started doing this because the community I work in is semi-literate, and I wanted to share my findings with them. I’ve turned to documentary storytelling, and that’s one of the projects that, aside from my career goals, I will be working on.