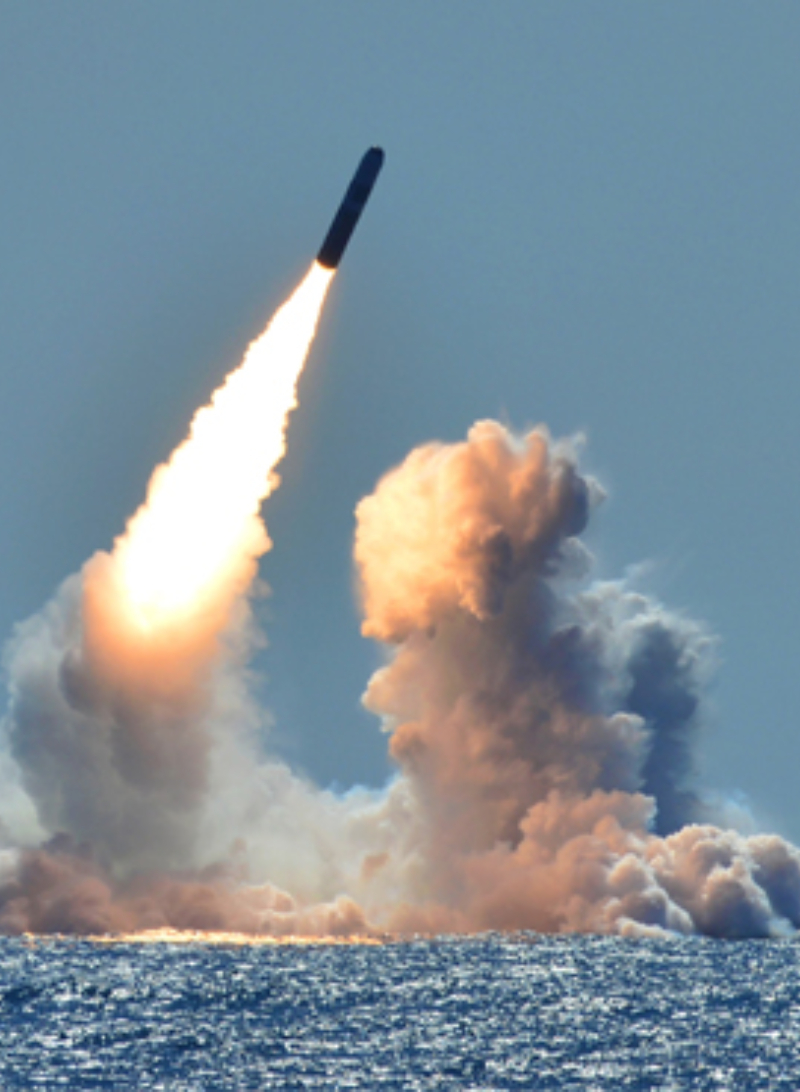 Nuclear weapons have fallen through the cracks of public consciousness in recent decades. But as geo-political tensions mount between nuclear-armed powers, questions about nonproliferation and the future of the U.S. nuclear arsenal have gained relevance among policymakers and the public alike.

A new project from the UC Institute on Global Conflict and Cooperation (IGCC) aims to reevaluate what the public knows and thinks about nuclear weapons in order to help U.S. policymakers craft strategies to combat public indifference.

Led by Neil Narang—a UC Santa Barbara associate professor and IGCC research director for U.S. and Global Security Initiatives—and sponsored by the University of Virginia and the Carnegie Corporation of New York, the Nuclear Weapons and Public Perceptions project aims to tackle three questions related to public attitudes about nuclear weapons in the United States. Here, Narang shares his plans for the project.

This is a really good question, and the short answer is: we don’t really know, but probably less than would be ideal. Our aim is to fill several major gaps in our understanding of public attitudes toward nuclear weapons.

In many ways, public fascination and knowledge of nuclear weapons peaked during the Cold War. After Fat Man and Little Boy were dropped on Japan at the end of World War II, public revulsion towards the horrific effects of the atomic bombings fueled a widespread belief that nuclear weapons were not merely larger bombs; they constituted a new and entirely different class of weapon. Indeed, American leaders famously lamented this perception in the early 1950s, when Dwight Eisenhower complained that a “public taboo” in the United States and Europe prevented him from using nuclear weapons against Chinese forces in the Korean War. Some scholars have argued that this distinction between conventional and nuclear weapons is a key reason why nuclear weapons have not been used since 1945.

However, several trends are converging to weaken this distinction, including technological advances to make nuclear weapons more useable and increasingly hawkish rhetoric from leaders in Russia, North Korea, and also the United States. Meanwhile, we are now many decades from the days when students would perform civilian defense drills like hiding under their desk, so there is also less collective memory of nuclear risks.

Recent survey research suggests that the U.S. public may be growing increasingly indifferent to the idea of nuclear war. For example, one study showed that the U.S. public is quite willing to support the use of nuclear weapons, especially if doing so might save American lives. If the public comes to believe that nuclear weapons can be used “just exactly as you would use a bullet or anything else,” as Eisenhower once suggested, then the use of these weapons may become dramatically more likely.

I know many foundations and policymakers that are very worried about public indifference to nuclear weapons growing at a dangerous time. To this end, several foundations—like the Carnegie Coporation of New York, the Stanton Foundation, the McArthur Foundation, and others—are funding educational initiatives on this topic, and I know a recent Under Secretary for Arms Control and International Security that toured college campuses just to raise interest in nuclear security among future generations.

How strong are the public’s views about the use of nuclear issues, and under what conditions can they change?

This is a good question, and it is one we’re hoping to help answer. What perceptions—and misperceptions—about nuclear weapons exist in the public mind? Although recent survey research suggests that the public can be quite willing to support the use of nuclear weapons, especially if doing so might save American lives, it is not clear that this trend yet extends to military or civilian officials who most immediately control the use of nuclear weapons. It’s also unclear how strong and stable these preferences are. A recent study by Sechser and Post 2018 suggested that the public’s support of nuclear weapons is driven largely by its ignorance of nuclear issues, and that they were easily swayed by small amounts of new information. Understanding the factors that shape public opinion on nuclear weapons may help to identify and combat public indifference. If we think the public can play an important role in nuclear restraint during crises and in countering the proliferation of nuclear weapons, it is critical to understand the kinds of information and arguments that shape and sway public opinion in this area.

How do views in the United States compare to attitudes in other nuclear countries and among U.S. allies?

This is also a good question, and it is an important long-term ambition for us to explore this. Strategic stability depends not only on U.S. nuclear attitudes, but also attitudes in other nuclear states and U.S. allies—countries like China, India, Japan, and South Korea. Previous survey research has shown that public attitudes towards nuclear weapons acquisition and use vary considerably across these societies, but also over time within them. South Korea is a particularly well-documented example of this, where public support for nuclear weapons acquisition has risen and fallen dramatically over time in public opinion polls.