Global supply chains connect the world in unprecedented and complex ways. COVID-19 and the rise of economic nationalism—in the U.K., U.S., China and beyond—have catapulted supply chains back to center stage. In this interview, Etel Solingen, Distinguished Professor and Thomas T. and Elizabeth C. Tierney Chair in Peace Studies at the University of California Irvine, who leads IGCC’s Great Power research group on the role of design and production networks, talks about the effects of contemporary geopolitical tensions on global supply chains in East Asia. This interview has been edited for length. 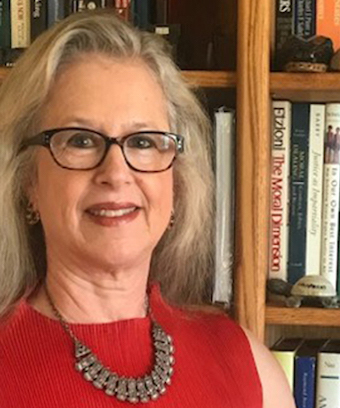 You lead a research group focused on the role of global supply chains in the international relations of East Asia. The group is part of IGCC’s Great Power Competition in the 21st Century, a research initiative, which examines the technological, economic, and domestic dynamics of the new superpower rivalry. Why do global supply chains matter?

Global supply chains (GSCs) accounted for about two-thirds of total (gross) trade until recently, and connect the world in unprecedented and complex ways. They spread over several countries the full range of tasks related to the design, production, and marketing of products and services. Each stage or task contributes some value-added to the final product, leading to “Made in the World” goods.

Global supply chains have dramatically transformed global economic interdependence over the last three decades, but the effect of GSCs on interstate conflict and cooperation hasn’t received adequate attention until recently.

I began wrestling with this topic in 2013, while writing an article that cautioned against simplistic comparisons between the onset of World War I—which ended the first wave of globalization—and 2014. The centenary of the outbreak of the Great War elicited frequent comparisons between 1914 and 2014, as if history was condemned to repeat itself. But the first and second waves of globalization were very different, and the density of GSCs was one important distinction between the two.

GSCs captured little attention beyond economics and business schools at the time, but the Trump administration changed all that. A centerpiece of “America First” was the campaign to dismantle GSCs through reshoring (back to the U.S.), with special attention to decoupling GSCs linking the U.S. with China. And then came COVID-19, further catapulting GSCs into the headlines. On the one hand, the two exogenous shocks (geopolitical and pandemic) propelled GSCs to the center of attention. On the other, their combined interaction makes it difficult to disentangle their independent effects in recent months.

Why is understanding the role of global supply chains especially important for East Asia?

International relations in East Asia face the most complex bundle of geopolitical and geo-economic threats in decades: trade-and-technology wars, rising tariffs, export controls, sanctions, protectionism, nationalism, populism, the erosion of trade agreements and WTO rules, corrosion of alliance commitments, domestic political polarization, deterioration in regimes governing weapons of mass destruction, energy and environment-related rifts, and tensions from Northeast Asia to the South China Sea. The jury is out on whether the high density and maturity of GSCs connecting “Factory Asia” can play a role in preventing those tensions from deteriorating further.

Your new book (forthcoming with Cambridge University Press) brings together UC faculty, graduate students, and international experts from different disciplines bear on the topic. What findings can you share?

The political origins of GSCs were rooted in the grand strategies of outward-oriented political survival models adopted by most East Asian states. Those models underpinned decades of regional cooperation, as states were able to restrain persistent historical, ethnic, religious, and territorial cleavages. More recently, however, the rise of inward-oriented hyper-nationalist models in both China (under Xi Jinping) and the U.S. (under Donald Trump) altered the dynamics in the direction of heightened conflict.

GSCs provide a core difference between U.S.-Soviet relations during the Cold War, where mutually beneficial economic exchange was nil, and contemporary competition between the U.S. and China, where the two are deeply interlocked economically, financially, and technologically. It shouldn’t come as a surprise that the Trump tariffs have not had their intended effects in terms of who paid for them (not China but U.S. firms and consumers). And China’s exports to the U.S. actually rose in the second quarter of 2020.

How else has the U.S.-China trade war affected global supply chains?

It’s hard to over-state the interconnectedness of the U.S. and Chinese economies. Trade conducted via GSCs (trade in parts and components, or intermediates) provides a fuller picture than gross or total trade. For example, over half of China’s total exports include intermediate inputs that the U.S. and the rest of the world exported to China in the first place, via GSCs. Nor has the trade war benefitted U.S. manufacturing or farmers, who lost jobs and businesses to China’s retaliation. Indeed, there is virtually no support for tariffs among most U.S. firms and peak industrial associations, most of which are highly connected to China via GSCs.

China’s domestic politics are far less transparent, especially in recent years, but its own hyper-nationalism in economics and security doesn’t appear to have served it well either. The domestic balance of power, between outward-oriented and inward-looking political forces, is especially hard to assess under Xi Jinping. What is clear is that the Trump administration’s trade-and-tech war is a gift to China’s revitalized inward-looking camp. That camp can hardly deliver the “China Dream” through self-sufficiency and is more likely to make China’s “middle income trap” a reality. After all, China has derived impressive benefits from the presence of foreign GSCs: in economic growth, employment, an expanding middle-class, urbanization, and technological advancement. A potential global, not just U.S., backlash against China’s current domestic and international policies might also truncate its export capacity just as China faces high demand for jobs and an array of other bottlenecks.

And yet, as of mid-2020, the purported vast reshoring of GSCs back to the U.S. advertised by the Trump administration hasn’t happened. Many firms are already close to the consumer: China’s domestic market. It’s true that rising labor costs in China in recent years resulted in some Japanese, South Korean, Taiwanese and even Chinese firms relocating production and assembly to Vietnam, Mexico and other destinations, from where they continued to export to the U.S. And the geopolitical and pandemic shocks accelerated that trend somewhat. But preliminary surveys estimate that no more than roughly 10 percent of firms have moved sourcing and manufacturing out of China.

What effect have heightened tensions between Japan and South Korea, and on the Taiwan question, had on GSCs?

There is little evidence that conflicts over Taiwan, Senkaku-Diaoyu, and the South China Sea have had more that marginal effects on GSCs thus far. Nor did the conflict that erupted between Japan and South Korea in 2019—the most severe in their bilateral relationship in decades—derail their GSCs significantly, for now. But all this is a moving target.

To be sure, some GSCs are taking steps to reduce their vulnerability under the U.S.-China and pandemic shocks: diversification of production and sourcing, moving away from “just in time” production and toward more robust inventories, greater regionalization, shortening of supply chains, near-shoring, automation and other corrections aimed at reducing over-reliance on China, but only to a certain degree. Building more resilience is the name of the GSC game. If they succeed, they could buttress the view that GSCs might be, after all, a more central, nimble, and less vulnerable driver of contemporary globalization than were other forms of economic exchange prior to 1914.

You’ve been a pioneer in the study of globalization since the publication of your Regional Orders at Century’s Dawn (Princeton UP 1998). Which insights have withstood the test of time and which have not?

The vagaries of globalization and anti-globalization are nothing new. Indeed, that book charted in detail the age-old competition between outward-oriented and inward-looking nationalist-populist political survival models across space and time. While the epoch favored globalizing models at the time of writing, the book cautioned against ignoring their vulnerabilities to inward-looking counter-cycles, myopic nationalism and increasing inequality. So that basic insight survived the test of time.

Brexit and the 2016 U.S. elections restored rather extreme forms of inward-looking populism, along with variants such as Erdogan, Putin and many others from Europe to the Middle East and Latin America. The study of underlying political forces has now returned to the fore, raising pressing questions: How, when, and why do these competing models diffuse within and across regions? What kinds of firewalls are strong enough to stem diffusion? Is East Asia—the most dynamic center of the global economy—resilient to inward-looking models? Have populist politicians worldwide poured political resources into an ephemeral bullish political boom that could soon turn into bust? Will one virus (i.e., COVID-19) end up killing another (i.e., populism)?

Etel Solingen is Distinguished Professor and Thomas T. and Elizabeth C. Tierney Chair in Peace Studies at the University of California Irvine. She is past president of the International Studies Association (2012–2013) and a past chair of IGCC’s Steering Committee (2004–2008). Best known for her work on regional orders and the political economy of nuclear logics, in 2018 she received the William and Katherine Estes Award from the National Academy of Sciences, which recognizes basic research in cognitive or behavioral science that uses rigorous formal and empirical methods to advance our understanding of the risk of nuclear war. Solingen was the 2020 Susan Strange Professor at the London School of Economics.