In Talking Policy’s first Dispatch from Taiwan, host Lindsay Morgan talks with Taiwan expert James Lee about what the mood is like in Taipei amidst rising tensions with China; whether a war is likely; and what Xi Jinping’s endgame might be. James is based at the Institute of European and American Studies at Academia Sinica in Taipei, and is a research affiliate with the UC Institute on Global Conflict and Cooperation. 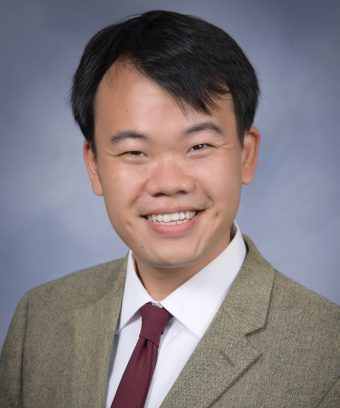 Welcome to Talking Policy’s new series, Dispatches from Taiwan. We’re joined today by James Lee, an assistant research fellow at the Institute of European and American Studies at Academia Sinica in Taiwan, and an affiliated researcher at the UC Institute on Global Conflict and Cooperation. Welcome, James. How are things in Taipei tonight?

Tensions between the U.S. and China and China and Taiwan have been rising for some time. Many thought that Nancy Pelosi’s visit to Taiwan in August would trigger a crisis. But apart from sharpened rhetoric from Beijing and some escalated military drills, nothing seems to have changed. But the situation is evolving and uncertain. Just yesterday, White House National Security Adviser Jake Sullivan said that the Biden administration thinks China poses a distinct threat to Taiwan. There’s a Taiwan security bill moving through Congress that would authorize billions in additional funding to Taiwan. Just last week, Congress approved more than a billion dollars in arms sales to Taiwan while China keeps hinting about a special military operation. It feels like something’s brewing. What’s the mood on the street in Taipei and what’s the mood in the circles you work in professionally?

This issue of a war between China and Taiwan is something that people talk about. In the news, it’s the big question, but it’s been the big question for a long time. It’s a question that never goes away and never really fully sinks in to the point where people are actively preparing for a war. People aren’t stockpiling food or supplies. The government here has been trying to explain the Taiwan situation to the international community, but at the same time trying not to make people panic in Taiwan itself.

Bonnie Glaser, Ryan Hass, and Bridget Busch have argued that China’s strategy toward Taiwan is basically a campaign of psychological warfare. Beijing is trying to ratchet up the pressure in the hope that Taiwan will panic and come to the bargaining table. The fact that Taiwan right now seems very calm is a sign that China’s strategy isn’t working, and that the Taiwanese are resisting psychological warfare.

The calm that you are describing on the streets suggests that Taiwanese don’t think war is imminent or likely. Do you think there’s a risk of invasion? And what can be done to avoid it?

I think the risk of invasion is real. But the thing is, it’s always been real for Taiwan. People sometimes engage in hyperbole by saying things like, “This is the worst it’s ever been.” But actually, these tensions flare up periodically. If you look back to the early 2000s, for example, there was a very lively debate about strategic ambiguity and strategic clarity. In that period, there was also the very real prospect of a conflict. So these tensions flare up and from time to time.

It’s not that tensions now are worse than they’ve ever been. But they are occurring at a time when China’s overall military power has grown significantly to the point where, even if the United States and its allies intervene, Taiwan may not be able to hold its own against a Chinese attack.

I know you can’t get into the mind of Xi Jinping, but do you think that China really does want reunification with Taiwan? Or is there a compromise that they’re after? What do you think the endgame is from Beijing’s perspective?

If you look at this as a strategy unfolding over decades, the endgame is to unify with Taiwan. But the near-term goal is to deter any declaration of independence or moves towards de facto independence by Taiwan. I don’t think that they’re working with a fixed timeline for achieving unification. Going back to that comparison between the Russia−Ukraine dynamic and the China−Taiwan dynamic, the major difference between Xi Jinping and Putin is that Xi Jinping is a leader who has a plan for China—a long-term vision for moving China’s economy and military toward a specific goal of becoming a leading power. If he miscalculates and makes the wrong move over Taiwan, all of that could vanish in an instant because you’re talking about a conflict that could reach the airfields in eastern China. Since the infrastructure in China could be severely damaged by a conflict that escalates beyond the Taiwan Strait and into continental China, Xi Jinping has to play this very carefully. I don’t see Putin as having as much of a long-term strategy for Russia the way that Xi has for China. So that’s one reason why I would think that war between China and Taiwan is less likely than what we’ve seen between Russia and Ukraine.

I’ve heard more than one person, when comparing Taiwan and China to Russia and Ukraine, say “at least Xi Jinping isn’t crazy.” It’s interesting that there is a perception about Xi Jinping as perhaps being more measured and careful because he does have a long-term strategy.

I wouldn’t describe the difference as Putin being crazy and Xi Jinping not being crazy. If you compare this with U.S. debates about North Korea, commentators [often] talk about North Korea as if the North Korean leadership is crazy. Saying that is often a way of explaining the fact that there are things we don’t understand and that is worrying. In this podcast series, Tai Ming Cheung explained the difference between Xi and Putin in a great way by saying that Putin has a much greater appetite for risk than Xi. I think that’s the best way of describing the difference.

That’s a really good point. I want to ask you about these U.S. delegations going to Taipei. What’s the point of all these visits? Do they matter? Do they change anything?

People in Taiwan or the United States who are opposed to these kinds of visits say that they don’t really do anything; it’s just about publicity and symbolism. But there is a strategic logic to these visits in that they convey Congress’s views toward Taiwan. And that’s a lot more important than is commonly recognized. I’ve written an op-ed with my colleague at IGCC, Patrick Hulme, in which we argue that Pelosi’s visit is important because, whether the United States uses military force to defend Taiwan will depend not just on what Biden thinks or what a future president thinks. It will also depend critically on what Congress thinks. In the debate on strategic ambiguity and strategic clarity, there’s often an assumption that if the president says America is going in, America will go in. But it’s actually not that simple, because the Taiwan Relations Act was developed in a way so that the president wouldn’t have a unilateral ability to decide this. Congress has a very important role to play. The rationale of these visits is to signal how Congress might respond if China were to attack Taiwan.

What would happen if war were to break up?

It would have a catastrophic effect on the regional economy and the world economy, especially given how important Taiwan is for the manufacture of semiconductors. Imagine, if China attacks Taiwan, and the United States and its allies intervene. First, there’s a conflict that starts in the Taiwan Strait trying to prevent Chinese forces from landing in Taiwan. That will include maintaining control of the sea lanes going to the South China Sea and the East China Sea, so it quickly widens into a conflict into the broader coastal areas around continental Asia. Taiwan has been developing land attack cruise missiles that are able to reach military targets in China itself. Taiwan might counterattack, and then the conflict would reach China’s own territory. The U.S. may or may not escalate by targeting Chinese military installations in the mainland. It would definitely affect the maritime domain in this area, and it could potentially reach continental China as well.

The Taiwan semiconductor manufacturing company is a key supplier of the computer chips that make much of our life modern life possible. Given global dependence on Taiwan, are there contingency plans in the works? Are there discussions about creating capacity to manufacture computer chips at home or to diversify the supply?

The U.S. recently passed the CHIPS Act, which contains a provision for $52 billion in federal spending to support semiconductor manufacturing in the United States to re-shore these supply chains. But though it might be possible for the U.S. to develop its own manufacturing capacity to displace TSMC over the very long term, like in 10 to 20 years, we won’t be able to do so in the near term, because that figure—$52 billion—is a huge figure, but in this industry, it’s actually only about enough to build the equivalent of one large fab in Taiwan. The Arizona fab cost over $10 billion, and the manufacturing capacity at the Arizona fab is only about a quarter of what the fabs do in Taiwan. So $52 billion is not actually a lot.

What is your impression of the ways in which academic, policy, and media voices in Taiwan align—or not—with American voices? Are the parameters of the discussion more or less similar? Are there really big differences?

There’s a pretty significant disconnect between the considerable international alarm about the situation in the Taiwan Strait and the very calm and relaxed attitude that most Taiwanese have. People talk about the possibility of conflict [but] they’ve learned to live with it. Some people think the Taiwanese are too relaxed. But there is a positive aspect to this because Bonnie Glaser, Richard Bush, Ryan Hass and others have argued that this is basically psychological warfare. It would be alarming if the Taiwanese were panicking, because that might lead them to come to the bargaining table, which is what Beijing wants.

I think underneath that seemingly relaxed attitude there is unease about the future. But it is kind of like asking an American: are we living in the end times? It’s just a huge question that we don’t know how to come to terms with. That’s what it’s like for ordinary people here. But the government itself is quite concerned, and has been quite proactive in trying to reach out to the international community to explain the Taiwan situation.

Next month, the 20th National Congress of the Chinese Communist Party is taking place in Beijing and Xi Jinping is expected to announce his third and perhaps lifetime term. As I mentioned at the beginning, this is a regular Dispatch from Taiwan. So we will look forward to checking in with you again next month to see how things are developing. James, thanks for staying up a little bit later in Taipei to be with us today.

Of course, thanks for having me.