Turning the Tools of the Liberal International Order Upside Down

Multilateral international organizations are a key part of the rules-based global liberal order, facilitating global and regional cooperation, and shared notions of human rights, democracy, and capitalism. But the number and influence of regional international organizations (RIOs) with powerful authoritarian members is on the rise, helping to stall democratization and promote autocratic regimes. In this episode of Talking Policy, IGCC fellow Christina Cottiero charts the growth of authoritarian RIOs since the end of World War II and analyzes their pathways for influence, including through election monitoring, peacekeeping, and development assistance. 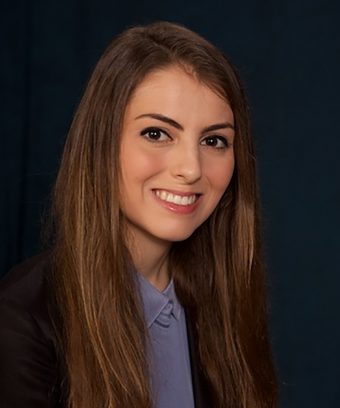 In recent years, scholars and journalists have documented declines in democracy worldwide—from Latin America, to Europe, the Middle East, and even the United States. You are part of a new IGCC initiative that looks at one piece of that puzzle, which is the rise of authoritarian international organizations.

What are authoritarian and international organizations?

We focus on inter-governmental organizations where most of the member states are non-democracies. We’re particularly interested in regional international organizations, where membership is limited to countries in a particular region. Some relatively well-known examples are the League of Arab States the Shanghai Cooperation Organization.

In a new working paper with Steph Haggard, you note that these organizations have proliferated in recent years. How prevalent are they?

We focus on organizations that are involved in issues like political security and financial cooperation. We’ve found that since World War II there have been 92 regional organizations like this, where the majority of members or all of the members are non-democratic. Around 70 are currently active. It’s a pretty significant number of organizations. Every region where you find non democracies, you’ll find these organizations, but they’re most common in Africa.

In your paper, you note that the majority of the regional international organizations formed after the mid-1950s have been dominated by non-democratic countries. Why is that?

The organizations that are made up of democracies were created earlier; in more recent years, the authoritarian states have been catching up. In Africa, post decolonization, states came together and formed these organizations initially to push back against the international order dominated by former colonizing states and the global north in general, which was keeping African states in a position of dependency and disadvantage. As time has gone on, these regional organizations have become a fixture of what we think about as the international order.

Part of the premise of your research is that the rise of authoritarian regional organizations, is bad—bad for citizens, bad for democracy, bad for U.S. interests. Why is that the case—what do these organizations do?

We’ve categorized different “buckets” of activities that these organizations engage in. Some have to do with legitimation—think of it as reputation laundering for member states. That can take the form of sending election monitors to take the heat off member states who have held rigged elections. Another

Another aspect of cooperation is in security. Some authoritarian regional organizations have mutual defense arrangements and cooperatively manage peacekeeping operations. Peacekeeping is normally a definitive good for the United States, but in some of these cases, peacekeepers are misused. They might be used to protect member state leaders and elites, or they might not have the highest standards of human rights protections for civilians in conflict zones. In Central Asia and East Asia, especially, these organizations cooperate against political dissidents. A Freedom House report from earlier this year talked about how, for example, the Shanghai Cooperation Organization coordinates a black list of names of activists and individuals from persecuted communities like Uyghurs, and if a person flees, the receiving state will be able to identify that person and extradite them back to the authoritarian state that they’re fleeing.

In some cases the U.S. supports and even funds authoritarian regional organizations. Can you give of some examples of where this is happening and why?

The organizations that have funding from the U.S. or European states often have, in their charters, language that indicates some sort of baseline respect for the transfer of power through elections and respect for the rights of their citizens. And, particularly in sub-Saharan Africa, the U.S. has chosen to partner with these organizations in the hope that they will become watchdogs that are able to help member states stay the path of democracy. But what we’re seeing in recent years is that these regional organizations are ultimately dominated by the member states. And if member state governments have decided that they don’t want to keep up their pretense of fair election monitoring, then there’s very little that the U.S. can realistically do.

One organization that people were pretty hopeful about was the Economic Community of West African States (ECOWAS). But what we’ve seen in recent years is an inability or lack of interest on the part of ECOWAS to stand up to leaders for violating democratic norms or for interfering in their states’ elections. This last year, for example, in Benin, a country that used to be considered a democratizing success story, ECOWAS failed to condemn the rigged election that involved violence against civilians and disqualifying opponents before the election.

Are some of these organizations better than others?

Definitely. No one would argue that ECOWAS and the Shanghai Cooperation Organization are equally harmful.

On lending, we don’t have enough research yet to know if lending from authoritarian regional organizations is more likely to be misused or whether it leads to more or worse perverse outcomes than lending from other institutions. There is a lot of research looking at the effects of lending from China that shows that they have lower standards of conditionality tied to member states politics—so for example, China is much less likely that the U.S. to condition aid on transparency or upholding human rights protection. In Central Africa, there have been a number of instances where the Economic Community of Central African States has been reprimanded. And some Central African banks have been reprimanded for fraudulent invoicing and diverting money for development projects towards cronies.

As you’ve dug into this topic, what has surprised you?

I was surprised by the sheer number of organizations and the extent to which there are still more authoritarian regional organizations popping up in recent years. You’d think there’d be a saturation point, but there are certain regions like south and east Asia where we’re still seeing new organizations continue to pop up.

Is the growth in the number of authoritarian international organizations something that’s happening because of the democratic erosion? Or is it the vanguard of that erosion?

It’s a two-way street. Some of the more powerful organizations are helping countries try to slow down or prevent democratization. But the proliferation of these organizations is also a symptom of the problem. Countries are becoming more authoritarian and are increasingly cooperating in a way that we previously associated with the behavior of democratic states.

Last month, representatives from the Shanghai Cooperation Organization (SCO), at a meeting in Tajikistan, said SCO would play a key role in Afghanistan now that the U.S. is officially withdrawing. Do policy decisions like the U.S. withdrawal from Afghanistan, or a reduction in development assistance from the UK, leave a vacuum for some of these organizations to then come in and fill?

Absolutely. Whenever China engages, it tries to fill in these gaps. When it engages bilaterally, it’s more likely to get immediate pushback. When it goes through multilateral institutions, like the Shanghai Cooperation Organization, it’s seen as a more legitimate way of engaging—as part of a coalition.

China also uses the SCO for its own propaganda purposes. Earlier this year, SCO officials were shooting propaganda videos in Xinjiang about how great conditions are there. It’s an example of how countries like China are using these organizations to improve their own image and turn the tools of liberal international order back around.

What options does the United States have for influencing the activities and behavior of authoritarian regional organizations?

Are there any examples of effective cooperation between the U.S. and one of these organizations?

To the extent that they’ve helped to train peacekeepers who’ve then gone on to successfully manage conflict situations, that’s been successful. The U.S. also cooperated with ECOWAS and the West African Health Organization during the Ebola crisis, which was more positive and productive.

What are the things that you still don’t know about this research area that you’d like to know?

We’d like to know the full scope of the amount of lending that’s going on in each region by these organizations. We currently don’t have a picture overall of the scope of financial flows across each region, or what sorts of projects the regional organizations are mostly focusing on in these countries. With respect to election monitoring, one thing I want to better understand is why some non-democracies only invite authoritarian organization monitors and some invite both democratic monitors and authoritarian organization monitors. From what we can see so far, having dual monitors can create confusion—they can make people less certain about who to believe. And this is obviously advantageous for the incumbent government holding the election.