Will the U.S. Go to War Over Taiwan?

Questions about Taiwan’s status are fueling rising tensions between the island and China, and between China and the U.S. Will there be war in the Taiwan Straits? Why is Taiwan important to the United States and might the Biden administration revise U.S. policy towards Taiwan? In the latest episode of the Talking Policy podcast, host Lindsay Morgan meets with James Lee, a postdoctoral research associate at the UC Institute on Global Conflict and Cooperation, where he weighs in on Taiwan’s future. 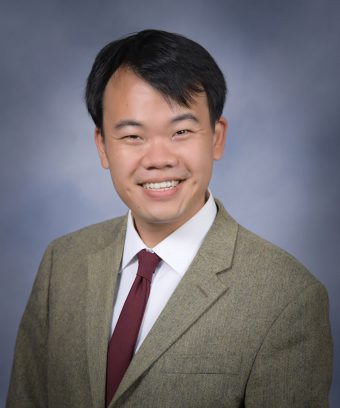 Tensions have been rising in the Taiwan Strait. Beijing has ramped up political and military pressure on Taipei, and the Taiwanese President Tsai Ing-wen, whose party platform favors independence, has rebuked Beijing’s efforts to undermine democracy. Can you bring us up to speed on what’s happening in Taiwan—how did we get to where we are today?

The United States was on the side of the Republic of China and interposed the Seventh Fleet in the Taiwan Strait after the outbreak of the Korean War to ensure that Taiwan would not be invaded by communist forces from mainland China. Fast forward to the present day. Taiwan is still governed separately from mainland China, and though Taiwan has never declared independence formally, over time there has been a gradual and persistent shift in the consensus in Taiwan, away from the idea that Taiwan still represents the sole legal government of China. Right now there is a debate in Taiwan about whether or not Taiwan should adhere to what is known as the One-China Principle, which is the idea that Taiwan and mainland China are both part of one China. The current government in Taiwan does not accept that view. And it’s been because of that refusal to accept the One-China Principle that Beijing has been ratcheting up its maneuvers around Taiwan. The intention is to send very aggressive signals warning Taiwan not to declare formal independence.

You talked about ratcheting up tensions. Can you give some examples of what’s been happening?

Many US observers are increasingly concerned about China’s growing assertiveness broadly, but specifically with the Taiwan issue. The U.S. Department of Defense said in a 2020 report that China’s military is “likely preparing for a contingency to unify Taiwan with the mainland by force.” A top U.S. military commander in the Indo-Pacific warned that China could try to invade Taiwan within the next decade. Other experts believe that is such an invasion as farther off, but just yesterday, President Biden reiterated that the US will come to Taiwan’s defense if it’s attacked. Do you think the US is going to go to war over Taiwan?

I don’t think war is likely. China will go to war if it feels it’s backed into a corner and has no choice, but China won’t go to war unless it’s absolutely certain it will win. There’s still an element of uncertainty about whether or not the PRC [People’s Republic of China] can actually succeed in an invasion of Taiwan, so I think they’re likely to be cautious. The government in Taiwan has been very moderate and cautious in how it’s approached cross strait relations, so I’m optimistic about the prospects for stability in the Taiwan Strait.

As for the US role, it’s partly because of uncertainty about whether or not the United States will intervene in the cross-strait conflict that doubt arises about the likelihood of Chinese success in an invasion of Taiwan. The United States does not have a commitment to come to Taiwan’s defense if Taiwan is attacked. The U.S. maintains what’s known as a posture of “strategic ambiguity.” The U.S. has never said if it would intervene and that’s meant to be a way of keeping the peace in the Taiwan Strait.

Taiwan is an island, slightly smaller than Maryland and Delaware combined, and a little over a hundred miles from mainland China. Why is Taiwan so important to the United States and to the rest of the world?

Traditionally the importance of Taiwan was defined in terms of its geography. Going back to the Cold War era, General Douglas MacArthur called Taiwan an “unsinkable aircraft carrier and submarine tender.” If China were to take control of Taiwan, China’s ability to project power in the Western Pacific would be greatly magnified. So that’s always been a part of the importance of Taiwan for the United States.

Over the last ten years or so, Taiwan has invested very heavily in developing its capacity to manufacture computer chips. In particular, one Taiwanese company, the Taiwan Semiconductor Manufacturing Company, or TSMC, is believed to hold 50 percent of global revenue in manufacturing computer chips. They have a 90 percent market share for the really high-end chips—the ones that are needed to power the fourth industrial revolution that go into Apple smartphones and 5G networks.

So, the world economy is dependent on Taiwan. According to an essay by Steve Blank, if the PRC were to take control of Taiwan and cut off the supply of chips in the United States from TSMC, that would set back the United States civilian and military electronics industry by about five years. And that is a lifetime when you look at how rapidly technological changes are occurring.

Taiwan is also a democracy, a relatively young democracy, but it has so far seemed to buck the trend of democratic backsliding that we’re seeing in some other parts of the world. And this is despite Chinese attempts at interfering in Taiwan elections, including spreading disinformation on social media. How threatened does China feel by Taiwan’s democracy? And is Beijing finding some success in its attempt to undermine democracy?

The Republic of China was founded with the vision that China’s future was to be a democratic nation, and after a century of revolution, warfare, and struggle it finally triumphed in the culmination of democracy in Taiwan. That was a remarkable success story. A former authoritarian regime has now become a vibrant, robust, competitive two-party system. If Taiwan were to be taken over and its democracy extinguished, that would be a disaster for the global spread of democratic values.

Are there parallels between China’s crackdown in Hong Kong and what people fear might happen in Taiwan?

I don’t think it’s likely that Taiwan will follow the path of Hong Kong. Hong Kong was already part of the PRC and China’s ability to enforce its political order in Hong Kong was always taken as a given. It’s much more difficult for China to project power into Taiwan.

For a long time China held out Hong Kong as the model for what Taiwan would look like if Taiwan were unified with mainland China. The people of Taiwan were always skeptical about that formula and they didn’t think the PRC would govern Taiwan with a light touch approach. The recent crackdown on Hong Kong has turned people in Taiwan against the idea of One Country, Two Systems pretty definitively.

How have recent US administrations approached Taiwan?

Trump seemed to push the envelope early on. Just after he was elected, he accepted a phone call from Taiwan’s president, which was unprecedented, and there was speculation that maybe the United States would abandon the One-China Policy. Trump publicly questioned the One-China Policy, but then eventually he said he would abide by it.

The question right now is, “How much freedom does the United States have to maneuver under the One-China Policy to bolster its support for Taiwan?”

What are the most salient components of the One-China Policy that are most important to what’s happening right now?

Do you think the United States will change the One-China Policy?

It’s unlikely. Avril Haines, the director of national intelligence said that the United States would not change strategic ambiguity because, “the Chinese would find this deeply destabilizing.” So, there’s an acceptance that the United States is going to maintain strategic ambiguity. The question is, if those elements are fixed, how much of the rest of U.S.-Taiwan relations is variable? How much can the US actually change with regard to the details of how these unofficial day-to-day relations are conducted?

If you think little is going to change, and Chinese invasion of Taiwan is unlikely, then what’s all this heightened rhetoric then about?

I think it’s partly an effort by Xi Jinping to convince the Chinese people that he’s created an effective deterrent against Taiwan declaring independence and an attempt to cement his legacy.

In terms of President Biden talking about deepening relations with Taiwan, there are ways of approaching that so that it doesn’t become destabilized. One possibility would be a U.S.-Taiwan free trade agreement. As long as they finesse the issue of how to convey the fact that the U.S. does not consider Taiwan a country and that relations are still unofficial, there’s a possibility for the U.S. to move forward on economic cooperation, technical assistance programs, and encouraging Taiwan’s participation in international organizations, in a way that maintains the unofficial nature of U.S.-Taiwan relations. It’s where cooperation crosses over into the military and strategic realm that it becomes much more sensitive.

What do the Taiwanese people want?

They want to be treated with dignity and respect, and they are practical and pragmatic and there isn’t widespread support for a declaration of independence. The public opinion surveys show that most Taiwanese want to maintain the status quo. They may differ on what the status quo means, but there isn’t much support for either immediate unification or immediate independence.

One helpful reference point is 1995-1996, when there was a crisis in the Taiwan Strait. The PRC was warning the people of Taiwan not to elect a president [Lee Teng-hui] that the PRC considered to favor independence. The PRC attempted to intimidate Taiwan and it backfired because the Taiwanese people reacted strongly against it and elected the president the PRC did not want. So, the Taiwanese are not interested in pushing the envelope, but they do not react well to intimidation either.

Are the Taiwanese right to worry about whether their so-called allies are going to show up?