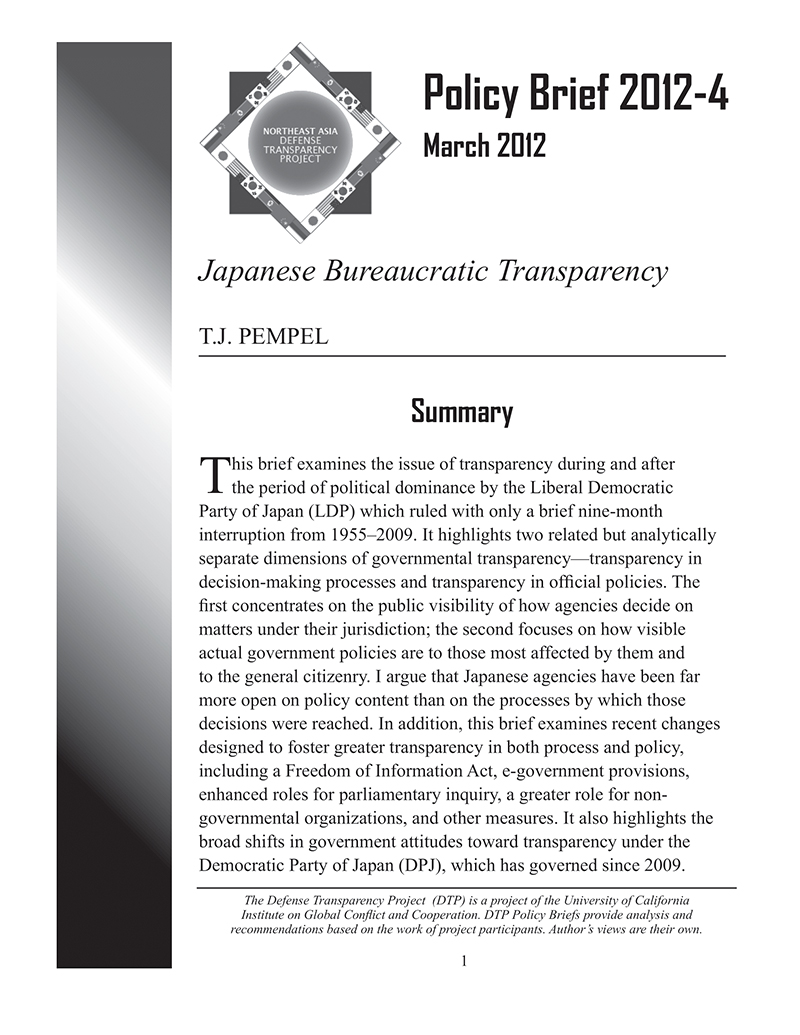 This brief examines the issue of transparency during and after the period of political dominance by the Liberal Democratic Party of Japan (LDP) which ruled with only a brief nine-month interruption from 1955–2009. It highlights two related but analytically separate dimensions of governmental transparency—transparency in decision-making processes and transparency in official policies. The first concentrates on the public visibility of how agencies decide on matters under their jurisdiction; the second focuses on how visible actual government policies are to those most affected by them and to the general citizenry. I argue that Japanese agencies have been far more open on policy content than on the processes by which those decisions were reached. In addition, this brief examines recent changes designed to foster greater transparency in both process and policy, including a Freedom of Information Act, e-government provisions, enhanced roles for parliamentary inquiry, a greater role for nongovernmental organizations, and other measures. It also highlights the broad shifts in government attitudes toward transparency under the Democratic Party of Japan (DPJ), which has governed since 2009.