Around the world, democracy is being challenged as never before. Authoritarian states are proliferating. And new technologies are fueling the spread of disinformation and empowering autocrats and extremists. In this interview, UC San Diego professor Emilie Hafner-Burton discusses IGCC’s new Future of Democracy, which she co-leads, and why she thinks collaborative social science research and engagement can help to strengthen democracy around the world, and in the United States. 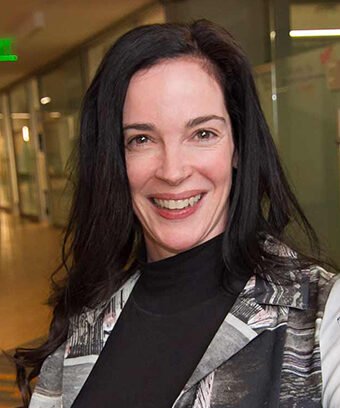 You co-lead, with IGCC expert Christina Schneider, a new IGCC initiative on the Future of Democracy. What will the initiative do and why it is being launched now?

We’re launching this initiative because we’re deeply concerned about democracy’s future, both around the world and in the United States. And we’re not alone. There are many people who share this concern. When I started in this profession two decades ago, the future for democracy looked really bright. Countries like Myanmar and Tunisia appeared to be transitioning, and that was supposed to lead to a more peaceful, secure and just future. But today, the world looks very different. We’re confronted with many existential threats to national and global security. And a central, if not the most central, threat is the attack on democracy.

Many countries are facing significant democratic backlash and erosion at home. And authoritarian states are rising in number and power. And it’s not just simply that the number of democracies is in decline. It’s that some of the worst reversals are happening precisely in places like Myanmar, which were supposed to have been these beacons of hope.

The quality of democracy is also in decline around the world. In the context of the pandemic, that’s even more important, because many democratic governments have adopted, frankly, questionable restrictions to the fundamental human rights of their populations that mirror the practices of authoritarian regimes. And this is happening while authoritarian systems are ramping up their coercive practices.

The thing is, democracy has always faced challenges. So the problem that we’re identifying isn’t new, but it’s accelerating. And there’s a unique flavor to this crisis. It’s not just that authoritarian tactics and anti-democratic rhetoric are spreading. It’s also that a growing number of states and actors are using seemingly democratic tools for the very purpose of undermining representative democracy. So democracy, or at least its appearance, is being used to undermine itself in ways that are not fully understood or fully transparent.

What specifically will the initiative focus on?

This initiative aims to build networks of concerned stakeholders, both within the academy and in government and civil society organizations, to build a foundation for better understanding the causes and the consequences of these phenomena, not just in the U.S., but globally. The purpose is to generate cutting-edge research and to support and inform the next generation of thought leaders about how to build and support democratic resilience. We will have workshops, public roundtables, keynotes, podcasts, teaching, and other forms of collaboration with government and civil society. The focus is on trying to understand how and why actors are using the pretense of democracy to undermine democracy itself. That means focusing on things like elections, and the adoption of good governance rules and mandates, inclusion and exclusion, and new technologies that are accelerating the spread of disinformation. It also means thinking through the notion of what’s happening to democratic representation.

Why is the initiative is housed at the UC Institute on Global Conflict and Cooperation?

The goals of our initiative are in perfect alignment with IGCC’s mission, which is to address global challenges to peace and prosperity through rigorous, policy-relevant research, training and engagement. And IGCC is a network of policy-engaged scholars across the University of California; given the importance to us of activating and building a network, IGCC is really the natural home for this work, and it’s our belief that IGCC can be a leader in this space. And we are pleased to partner with UC San Diego’s School of Global Policy and Strategy.

There’s tremendous expertise across the state of California and across UC campuses, in many different fields and disciplines. We have extraordinary researchers on all of our campuses. We’re also very institutionally focused. So that makes it a perfect place for this type of research to unwind, because so much of this discussion around the future of democracy involves understanding institutions, and people’s incentives, and why actors act the way they do, and how you can encourage preferences to change.

So we have this vision; the problem has been one of collective action. We don’t always speak to one another. Even within a given campus, not all the players know each other, and not all the players are talking. And they’re certainly not doing it across campuses. So that’s the challenge.

The UC system can be more than the sum of its parts on the future of democracy, and it’s our hope that this initiative will help mobilize this expertise and put it to work.

Who will you be collaborating with?

We have formal partnerships among five UC campuses: UC San Diego, UC Berkeley, UCLA, Irvine and UC Merced. Each of these institutions has its own comparative advantage in this space, and its own distinct flavor.

What makes you excited, personally, about this initiative?

I’m excited because our aim is to bring the tools of sound social science to study this real-world problem in an effort to generate new lessons and knowledge that can help to pave the way for the future. We academics too often work in silos. And that’s not productive when you’re trying to figure out a way to tackle an issue as big as the future of democracy. It’s not enough to just tackle it from the American perspective, or from the perspective of what’s happening in the electoral system. You need multiple facets of expertise.

When you look back on the initiative in, say, five years, how will you know that you’ve been successful?

In the short term, success for us is going to mean building meaningful networks and partnerships. And that’s going to take time. It means starting forums and processes and meaningful dialogues about how social science can inform and help those in the trenches who are making and implementing policy and programs, but also vice versa. So that’s success goal number one for us: the building of these networks.

In the longer term, success means producing quality research and communicating what we learn to stakeholders outside the academy.

Education is also really important to us. If we train and educate students through this initiative to take up these issues, and become thought leaders, that’s going to be a huge marker of success.

We hope to get the University of California system on the map as a place you want to go if you think about how to think about the future of democracy. So we’re starting this process very modestly. But we’re aiming high.

Social science is one part of a larger system and process that can lead to change. The only way the academic piece works is if the information that we generate is communicated in a palatable way to the right stakeholders, and if those stakeholders have a say in what we’re doing. That’s why building the network is the critical first step.

Education is important too. Many of our students end up in the field—they end up with the World Bank, or working in government or with NGOs [non-governmental organizations]. And they inform those discussions. Training people to care about these issues, and seeing them secure in positions of power and authority to shape what’s actually happening on the ground, that’s critical. But that’s not a five-year goal. That’s a much longer term goal.