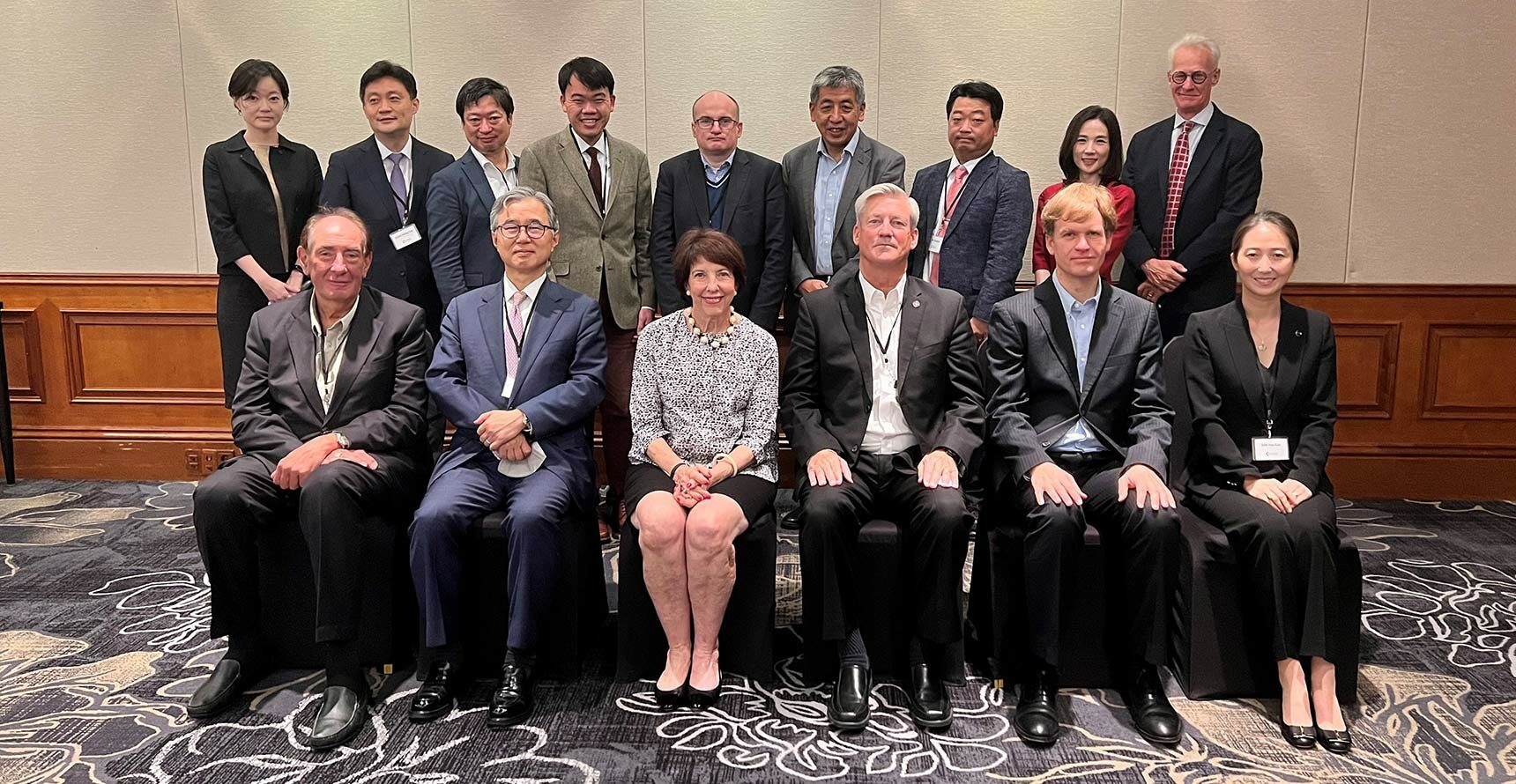 Against the backdrop of intensifying strategic rivalries and heightened tensions over regional flashpoints, the Defense Information Sharing (DIS) dialogue and the Northeast Asia Cooperation Dialogue (NEACD) convened in Seoul in September 2022 to find paths to de-escalation and confidence-building. IGCC established NEACD in 1993, just after the Cold War had ended, to grow trust among the most important players in the region, including China, Japan, North Korea, Russia, South Korea, and the United States. Now there are concerns that the international order is in the early stages of a “New Cold War,” centered on the rivalry between the United States and China but also encompassing the security of Europe. Similar to how the Korean War initiated the militarized phase of the Cold War, many think that the Russian invasion of Ukraine marks a much more dangerous phase of strategic competition. It has sparked a debate about a potential alliance between Moscow and Beijing, underscoring the importance of developments in Northeast Asia for the future of international security. At DIS and NEACD, participants from around the region gathered to discuss the implications of these developments and how to mitigate tensions going forward.

“This is a pivotal time to stimulate dialogue and cooperation in Northeast Asia,” says NEACD director, Vice Admiral Robert Thomas, U.S. Navy (ret). “Russia’s war in Ukraine has exacerbated tensions globally, while Sino-U.S. relations remain at a nadir. Confidence building measures and rebuilding trust are essential. That is exactly what NEACD is designed to generate.”

As Track 1.5 dialogues, DIS and NEACD bring participants from academia and former and current government officials together to discuss ongoing issues in the security of Northeast Asia. DIS focuses on defense-related developments in the region, with updates to the Defense Transparency Index serving as a highlight of the discussion, while NEACD focuses on diplomatic and political developments. What makes these dialogues distinctive is how they transcend geopolitical divisions to facilitate communication and confidence-building. The discussions are held in a frank and constructive atmosphere, with participants addressing disputed issues among their countries with the aim of finding ways to reduce tensions. These confidence-building measures play an invaluable role in facilitating communication and helping each country understand how the other countries are perceiving and responding to its actions.

Great power rivalries were one of the overarching themes of the discussion. Facing isolation in Europe—characterized by one participant as a new “Iron Curtain”—Russia may soon pursue a realignment toward Asia characterized by deepening political and economic cooperation with Beijing. In past dialogues, there was general agreement that Russia and China prioritized different theaters, with Europe serving as the focus of Russian grand strategy. Now, Russia is under international sanctions because of its invasion of Ukraine, and its ability to weather those sanctions will depend on its ability to expand trade and investment with China. Participants disagreed about whether China had given tacit support for Russia or had maintained a posture of neutrality, but it was clear that the perceived availability of China as an “outside option” had removed one source of restraint on Moscow’s decision-making on the eve of the Russian invasion of Ukraine. Beijing’s refusal to apply pressure on Russia in the face of international criticism has aggravated tensions in its already fraught relationship with Washington. One of the themes of DIS and NEACD was the risk that the U.S.-China competition could divide Northeast Asia into competing blocs. Many U.S. allies and partners do not want to have to choose between Washington and Beijing, but territorial disputes and the increasingly ideological rivalry between the great powers could cause the region to fracture. 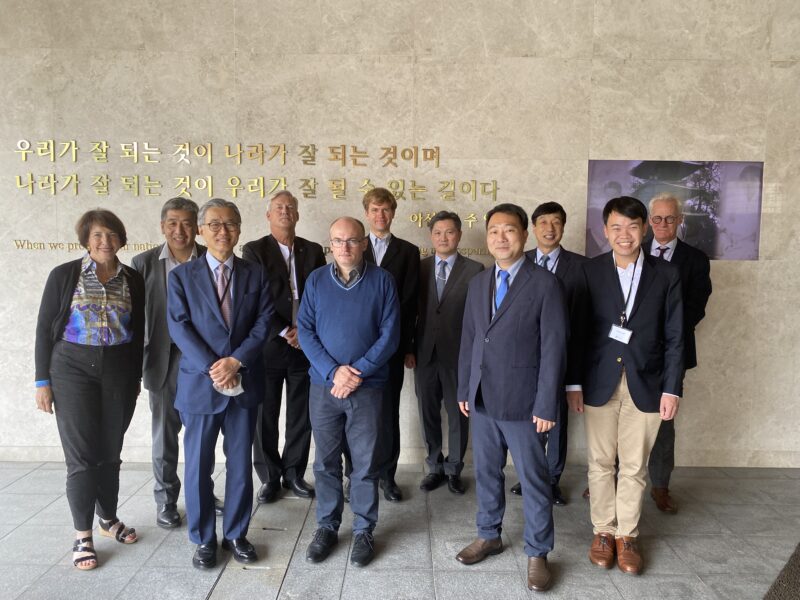 The discussion at DIS and NEACD also addressed the heightened tensions surrounding the North Korean nuclear issue. With North Korea carrying out missile tests and announcing a new nuclear doctrine that allows for pre-emptive strikes, deterrence and denuclearization have become increasingly important, but the trend lines are not pointing in a positive direction. Pyongyang has not been receptive to Seoul’s recent “audacious” proposal for denuclearization, and China is not likely to respond positively to any attempts by South Korea to strengthen its missile defense systems. Moreover, public opinion polls in South Korea show growing support for the country to develop an independent nuclear force. This development reflects North Korea’s recent statements and actions, but it is also a sign of doubt and unease about the United States’ commitment to its allies following the tensions over burden-sharing that arose during the last U.S. administration. During the discussion, participants noted the significant disconnect between how the United States perceives its own role in the region and how its role is perceived by its allies.

The discussion at DIS and NEACD also addressed the heightened tensions in the Taiwan Strait, with many participants expressing concern that this flashpoint could erupt in military conflict between the United States and China. Washington and Beijing both perceive themselves as the status quo power and both perceive the other as the revisionist power. Visits to Taiwan by high-level U.S. officials—including, Nancy Pelosi’s visit to Taiwan in August—have fueled Beijing’s perception that the United States is pursuing an official relationship with Taiwan, while Beijing’s missile tests, incursions into Taiwan’s Air Defense Identification Zone, and crossings of the median line in the Taiwan Strait have fueled Washington’s concern that Beijing may be preparing to change the status quo in the dispute over Taiwan. China’s actions are also creating concern among U.S. allies and partners in the region, but their willingness to participate in a U.S.-led intervention in the Strait is far from clear; indeed, even discussing the possibility of such participation is deemed a sensitive issue.

A conflict over Taiwan would be devastating for the region and the world economy, highlighting the need for dialogue and confidence-building.

The September 2022 meetings of DIS and NEACD in Seoul were the first in-person dialogues held since the start of the COVID-19 pandemic. The opportunity to meet in person was a welcome return to the traditional format for these discussions, which facilitates a much richer conversation than what is typically possible in a virtual meeting. Nevertheless, the adjustments that were made during the pandemic have demonstrated the value of having virtual discussions between in-person meetings. Going forward, DIS and NEACD will convene online at regular intervals in preparation for next year’s in-person meeting, tentatively planned for Spring/Summer 2023.